This is a key article!

I was having an email ‘conversation’ with Jon over in England and he pointed me to Professor Tim Spector. Prof. Spector writes on his website that he:

Tim Spector is a Professor of Genetic Epidemiology and Director of the TwinsUK Registry at Kings College, London and has recently been elected to the prestigious Fellowship of the Academy of Medical Sciences. He trained originally in rheumatology and epidemiology.

In 1992 he moved into genetic epidemiology and founded the UK Twins Registry, of 13,000 twins, which is the richest collection of genotypic and phenotypic information worldwide. He is past President of the International Society of Twin Studies, directs the European Twin Registry Consortium (Discotwin) and collaborates with over 120 centres worldwide.

He has demonstrated the genetic basis of a wide range of common complex traits, many previously thought to be mainly due to ageing and environment. Through genetic association studies (GWAS), his group have found over 500 novel gene loci in over 50 disease areas. He has published over 800 research articles and is ranked as being in the top 1% of the world’s most cited scientists by Thomson-Reuters.

He held a prestigious European Research Council senior investigator award in epigenetics and is a NIHR Senior Investigator. His current work focuses on omics and the microbiome and directs the crowdfunded British Gut microbiome project.

Together with an international team of leading scientists including researchers from King’s College London, Massachusetts General Hospital, Tufts University, Stanford University and nutritional science company ZOE he  is conducting the largest scientific nutrition research project, showing that individual responses to the same foods are unique, even between identical twins.

You can find more on https://joinzoe.com/ He is a prolific writer with several popular science books and a regular blog, focusing on genetics, epigenetics and most recently microbiome and diet (The Diet Myth). He is in demand as a public speaker and features regularly in the media.

That is quite a CV!

Then I came across an essay on The Conversation website about being healthier in one’s old age.

Keen to be healthier in old age? Tend your inner garden 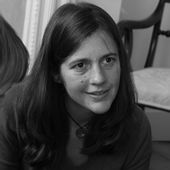 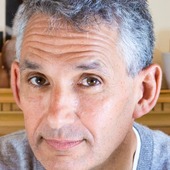 The world’s oldest man, Yasutaro Koide recently died at the age of 112. Commentators as usual, focused on his reported “secret to longevity”: not smoking, drinking or overdoing it. No surprises there. But speculation on the basis of one individual is not necessarily the most helpful way of addressing this human quest for the Philosopher’s Stone.

The “very old” do spark our interest – but is our search for a secret to longevity actually misguided? Wouldn’t you rather live healthier than live longer in poor health? Surely, what we really want to know is how do we live well in old age.

Clearly as scientists we try to illuminate these questions using populations of people not just odd individuals. Many previous attempts have approached this question by looking for differences between young and old people, but this approach is often biased by the many social and cultural developments that happen between generations, including diet changes. Time itself should not be the focus – at least, in part, because time is one thing we are unlikely to be able to stop.

The real question behind our interest in people who survive into old age is how some manage to stay robust and fit while others become debilitated and dependent. To this end, recent scientific interest has turned to investigating the predictors of frailty within populations of roughly the same age. Frailty is a measure of how physically and mentally healthy an individual is. Studies show frailer older adults have an increased levels of low grade inflammation – so-called “inflammaging”.

New research published in Genome Medicine by Matt Jackson, from our group at King’s College London, investigated this question in an unlikely place – poo. Recent evidence indicates that our immune and inflammatory systems are trained and educated in our gut, through key interactions with gut bacteria. So we asked if changes in our gut bacteria could be part of the process of inflammation driving frailty.

Our recent work found that the frailer an individual, the lower the diversity of gut bacteria they have. We looked at stool samples from more than 700 healthy British twins and found that a group of bacteria belonging to the species with a tricky and slightly unpleasant name, Faecalibacterium prausnitzii, were found in higher amounts in the healthier twins. This is a particularly interesting microbe as it has been linked with good health in many other diseases such as inflammatory bowel disease and is believed to reduce inflammation of the gut. Could this bug help protect against frailty?

There were other microbes seen in increased amounts within the frailer twins. One was Eubacterium dolichum, which has been seen to increase in unhealthy Western diets. We found the same picture when comparing frailer, more elderly, individuals from the ELDERMET study, by the University of Cork. This suggests that dietary changes might be an easy way to encourage healthy ageing.

Our study does not yet clarify whether the changes to the gut bacteria are a cause of poor ageing itself or are just a consequence of frailty – longitudinal studies that follow people over several years will be needed to sort this out. But these results are exciting for researchers in the ageing field and suggest that if you want to age well you should perhaps do fewer crosswords and spend more time looking after your microbial garden, for example by eating plenty of plant fibre, for example in a Mediterranean-type diet.

Well this essay was published nearly 5 years ago and one wonders if more information has come to light.

Certainly Jeannie and me are heavily into a plant-based diet with a small selection of fish from time to time.

I will do more research and see if there are any updates that may be published.

In the meantime stay as healthy and as happy as you can be!

10 thoughts on “Being healthy in your later years.”