And now also closer to home.

This is a post about dogs being of comfort to the Californian firefighters. A post presented on The Dodo that I am republishing.

But yesterday afternoon came news that here in Oregon we have a blaze. As the Washington Post reported it, in part:

An unusually expansive outbreak of large and fast-moving wildfires threatens communities in three states Wednesday, with the greatest risks focused on Medford, Ore., and Oroville, Calif., as large fires advance in those areas.

In Oregon on Wednesday afternoon, Gov. Kate Brown (D) announced that four towns have experienced significant damage, and she warned residents to expect news of fatalities.

“Oregon has experienced unprecedented fire with significant damage and devastating consequences for the entire state,” she said. Brown said the communities of Detroit, Blue River, Vida, Phoenix and Talent are “substantially destroyed.”

But back to those Californian firefighters.

Her hugs help them so much ❤️️

Ever since she was a puppy, Kerith has been the bubbliest, most joyful dog, and her mom always knew that she was born to help people.

Kerith was originally being trained to be a guide dog for individuals who are blind, but ended up changing career paths to become a therapy dog instead. For the past year she’s been working with local firefighters, providing them comfort in times of need — and with the recent wildfires spreading across California, they need her now more than ever.

“Kerith has been going to base camps where the crews start their day before they roll out to fight one of the many wildfires in CA,” Carman said. “She lightens the mood first thing in the morning. We walk around to visit all the crews while they are getting ready for their day of fighting fires. Everyone wants to see her to get some love.”

As the fires rage across California, the firefighters’ jobs become more and more stressful as they work hard every moment of the day to save homes and lives. Kerith provides them a moment of relief and joy from the realities of their job — and when many of them see her, they can’t help but envelop her in a huge hug.

Kerith loves all her firefighter friends so much, and is more than happy to let them hug her close. She seems to know that what she’s doing is important, and that the hugs she’s getting are more than just hugs. She’s helping to bring comfort when the firefighters need it most.

“Kerith clearly loves what she is doing,” Carman said. “When she sees a fire engine she gets so excited because she knows she is going to see her firefighter friends.”

Hopefully the wildfires will be under control soon, but until then, Kerith will continue to give her firefighter friends as many hugs as they need.

I find it amazing that there are dogs such as Kerith who love to be loved. Now plenty of dogs fall into that category but Kerith is part of a team; the rest of the team are human and working their backsides off fighting fires.

I will leave you for today with a random photograph I found from the ABC News website of one of those fires in California. 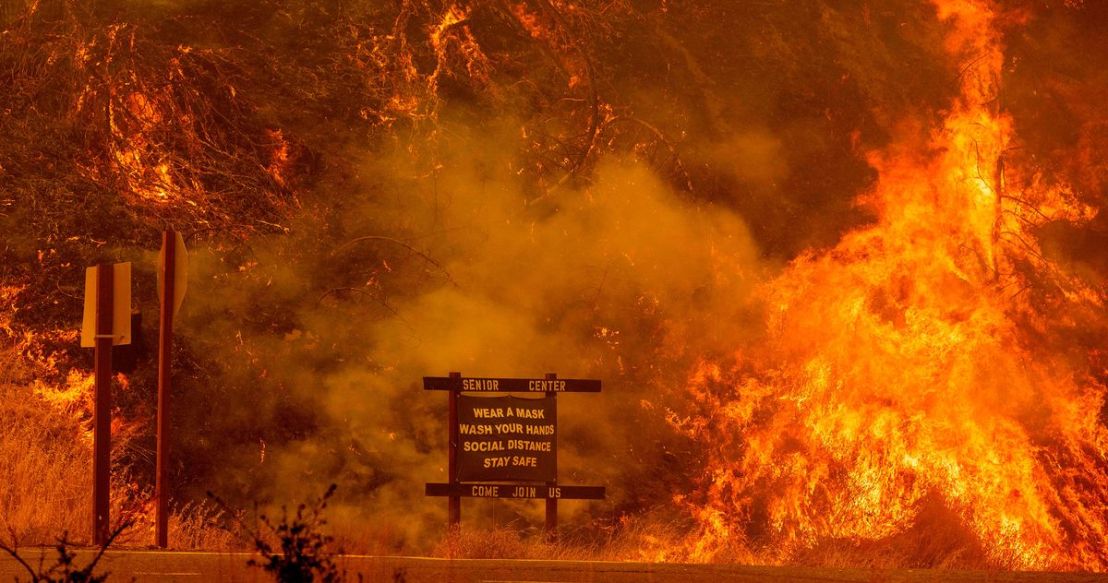 Roll on the rain!

And a photograph taken at 11am PDT today of the hills to the East. It includes our own property. 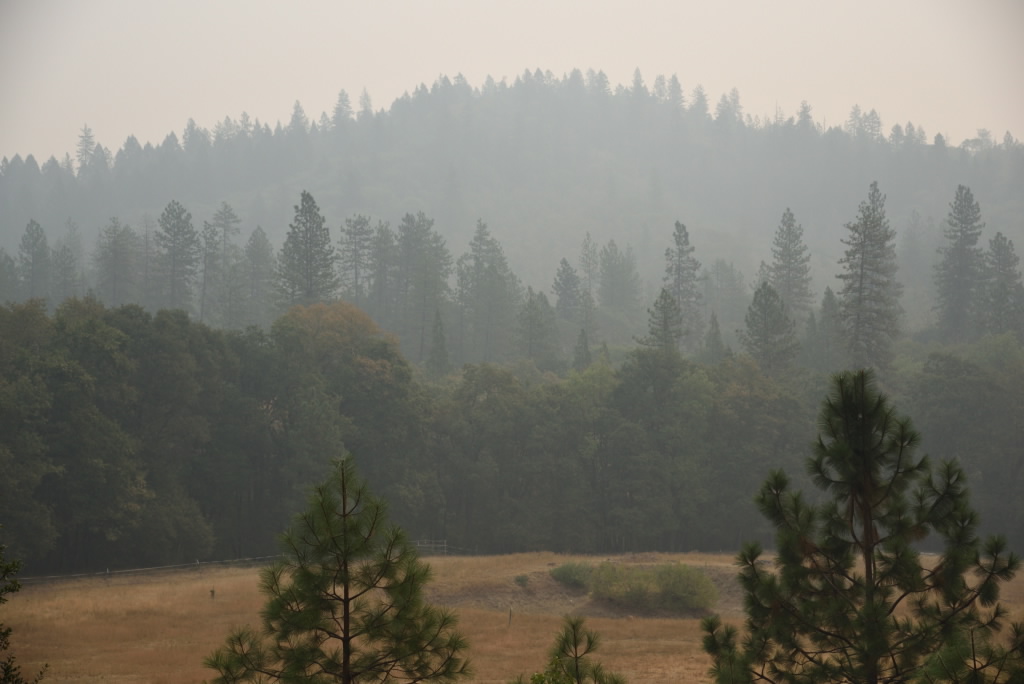 It shows the extent of the smoke; the nearest run of trees across the photograph are on our property.

26 thoughts on “The California Wildfires”