That sub-heading is the banner statement you will read if you go across to the Sound UK website. You may recall that I featured Sound UK in a post last June under the title of Sonic Journeys. I also presented the fact that my daughter is one of two directors of Sound UK. As in:

The reason I am featuring Sound UK again is because I wanted to share with you an exciting new project. I am republishing this from the Sound UK site.

We need your support to produce the first multimedia production of Royal Academy artist Tom Phillips’ Irma: an opera at South London Gallery this September. An exquisite miniature opera and audio visual installation, Irma is drawn from his masterpiece A Humument, which he recently completed after 50 years. This unique production celebrates Phillips’ extraordinary output in art and music.

Tom Phillips RA: Phillips has had major exhibitions in national galleries, painted figures such as John Gielgud and Iris Murdoch and created works for the Imperial War Museum, Westminster Abbey and Westminster Cathedral. His work can also be seen on the streets of Peckham where he has lived and worked for most of his life. You may even own one of his artworks; the Benjamin Britten 50p piece.

In the 1960s, Phillips was at the centre of the vibrant art school scene where music and art collided.  He brought over key composers of that era to the UK – Morten Feldman, John Cage, performed with Cornelius Cardew – and even taught Brian Eno, who he introduced to ideas that had a great influence on Eno’s music.  This landmark event recognises Phillips’ work as a composer and wider influence on the world of music.

The Creative team: Sound UK is working with one of the UK’s most gifted opera designer / directors Netia Jones and her company Lightmap, with music director Anton Lukoszevieze and his leading ensemble Apartment House.

We need YOU to be part of Irma!

We have already raised the majority of our funding with the generous support of Arts Council England and Hinrichsen Foundation. We are also grateful for major in kind support from South London Gallery, where Phillips first showed his work as a student.

YOU can play a key role in Phillips’ new artwork. We need to raise £5,000 to help pay for rehearsals and the creation of the video for this extraordinary artwork.

To thank you for your invaluable support, we have put together a selection of unique rewards based on Irma characters – view by scrolling up on the right of this page – including an exclusive limited edition print created by Tom Phillips and mementos of his work.

Please visit our website for more information on Irma
www.sounduk.net/events/tom-phillips/ 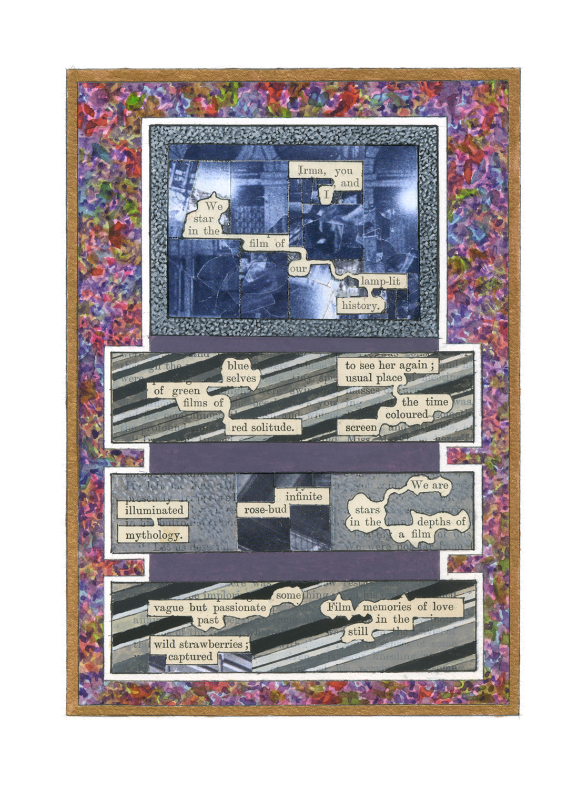 Digital print with silkscreen 2017
All prints are sent signed and numbered by the artist.

If anyone is so moved to participate in this ‘crowdfunding’ project then the donation details may be seen here: https://payment.crowdfunder.co.uk/reward/246262

2 thoughts on “Extraordinary music for everyone!”