The Sufficiency Economy – Envisioning a Prosperous Way Down

For some time now I have been subscribing to the news feed from The Permaculture Research Institute of Australia.  It originally caught my eye because Jean and I want to adopt some of the techniques of permaculture here in Oregon.  However, the ‘news’ from the PRI ranges across such a broad range of topics that rarely is their regular email not worthy of detailed reading.

No less so than on the 24th, just a couple of days ago, when I saw the essay by Dr. Samuel Alexander of the Simplicity Institute under the heading of The Sufficiency Economy – Envisioning a Prosperous Way Down.  I started to read the essay and very quickly realised that I was reading something of profound importance, not just to me and Jeannie, but to millions of other people right across the planet.  I sent an email to both Dr. Alexander of the Simplicity Institute and Craig Mackintosh, Editor of the Permaculture News asking if I might have permission to republish.  Dr. Alexander quickly replied in the affirmative and also approved my suggestion of breaking the essay down into separate chapters.

So, in a radical departure from my normal pattern of different topics each day, this week is going to be devoted entirely to Dr. Alexander’s essay. Tomorrow, I will include information on the Simplicity Institute, an organisation that I hadn’t heard of before, but one that deserves the broadest promotion.

Please, please, dear reader, stay with the topic all week if you possibly can.  I guarantee that it will change your outlook and offer real hope that mankind can turn away from the suicidal path we presently seem to be on.  Indeed, I can do no better that introduce Part One using the opening words written in Permaculture News by Craig Mackintosh. 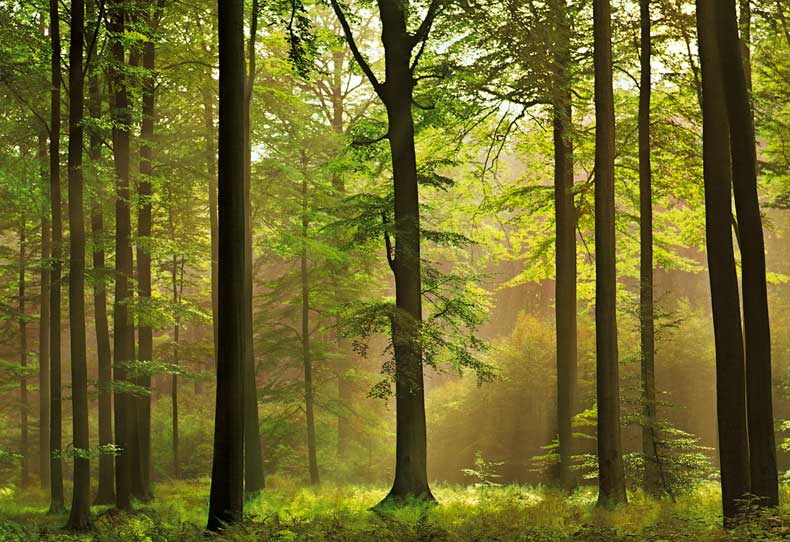 I would exhort readers to ignore the potentially off-putting length of this piece, to instead step into, and allow yourself to be absorbed by, this important and worthy attempt at future-visualising. Readers who have been following my own work over the last several years will recognise and appreciate the themes covered. From my own perspective, what follows is a highly pragmatic view on the potential near-future of civilisation, and I truly feel that the speed and shape of progression (i.e. objectively and cooperatively planned and peacefully implemented), or, regression (i.e. unplanned, reactive, desperate, monopolistic and individualistic), and ultimate form of that future will largely depend on how many people are objectively considering these themes and adjusting their lives, and their influence, accordingly.

Dr Samuel Alexander is co-director of the Simplicity Institute and a lecturer with the Office for Environmental Programs, University of Melbourne.

When [we have] obtained those things necessary to life, there is another alternative than to obtain superfluities; and that is, to adventure on life now, [our] vacation from humbler toil having commenced. – Henry David Thoreau

If a society does not have some vision of where it wants to be or what it wants to become, it cannot know whether it is heading in the right direction – it cannot even know whether it is lost. This is the confused position of consumer capitalism today, which has a fetish for economic growth but no answer to the question of what that growth is supposed to be for. It is simply assumed that growth is good for its own sake, but of course economic activity is merely a means, not an end. It can only ever be justified by some goal beyond itself, but that is precisely what consumer capitalism lacks – a purpose, a reason for existence. It is a means without an end, like a tool without a task. What makes this state of affairs all the more challenging is that the era of growth economics appears to be coming to a close, due to various financial, ecological, and energy constraints, and this is leaving growth-based economies without the very capacity for growth which defined them historically. Before long this will render consumer capitalism an obsolete system with neither a means nor an end, a situation that is in fact materialising before our very eyes. It seems that today we are living in the twilight of growth globally, which implies that the dawn of a new age is almost upon us – is perhaps already upon us. But as we turn this momentous page in history we find that humanity is without a narrative in which to lay down new roots. We are the generation in between stories, desperately clinging to yesterday’s story but uncertain of tomorrow’s. Then again, perhaps the new words we need are already with us; perhaps we just need to live them into existence.

It is not the purpose of this essay to offer another critique of growth economics, the details of which have been laid down comprehensively many times before (Schumacher, 1973; Meadows et al, 2004; Jackson, 2009; Latouche, 2009). Instead, after briefly summarising the critique, this essay will attempt to describe in some detail an alternative economic system, which I will call ‘the sufficiency economy.’ This term is typically applied to so-called ‘developing economies,’ which either have not yet industrialised or are still in the early phases of industrialisation (see e.g. Suwankitti and Pongquan, 2011). These economies are sometimes called sufficiency economies because they do not or cannot produce material abundance, or do not seek material abundance. Instead, sufficiency economies are focused on meeting mostly local needs with mostly local resources, without the society being relentlessly driven to expand by the growth-focused ethics of profit-maximisation. My point of differentiation in this essay will be to consider the notion of a sufficiency economy within the context of the most highly developed regions of the world – where an economics of sufficiency is most desperately needed – and to explore what such an economy would look like, how it might function, and how the transition to such an economy might transpire. I address this subject having been convinced that the growth paradigm has no future and that some alternative vision is therefore needed as humanity begins its inevitable transition to a world beyond growth. I put forward the sufficiency economy as the most promising alternative model, although it is one that I believe may ultimately be imposed upon us whether we want it or not, for reasons that will be explained. We can go the easier way or the harder way, so to speak, depending on our attitudes and actions.

Defined and defended in more detail below, a sufficiency economy can be understood in direct contrast to the dominant macro-economic paradigm based on limitless growth. Whereas existing economies in our increasingly globalised world are predicated on the assumption that ‘more production and consumption is always better,’ the sufficiency economy described below is shaped by an acceptance that ‘just enough is plenty.’ As will be seen, the implications of this alternative economic perspective are nothing short of revolutionary. Rather than progress being seen as a movement toward ever-increasing material affluence, the sufficiency economy aims for a world in which everyone’s basic needs are modestly but sufficiently met, in an ecologically sustainable, highly localised, and socially equitable manner. When material sufficiency is achieved in these ways, further growth would not continue to be a priority. Instead, human beings would realise that they were free from the demands of continuous economic activity and could therefore dedicate more of their energies to non-materialistic pursuits, such as enjoying social relationships, connecting with nature, exploring the mysteries of the universe, or engaging in peaceful, creative activity of various sorts. How to spend this ‘freedom from want’ is the exhilarating and perhaps terrifying question all human beings would face in a well-established sufficiency economy, so defined.

Such an economy recognises that there are fundamental limits to growth (Meadows et al, 2004), and in this it obviously shares some conceptual ground with the notion of a steady-state economy developed by ecological economists in recent decades (e.g. Daly, 1996). But to date the steady-state economy has remained largely at the level of theoretical abstraction, and this has made it difficult to envision the alternative society it vaguely implies. Unfortunately, this has hurt the movement for change, because if people cannot picture the alternative society, it is very difficult to desire it; and if we do not desire it, no social or political movement will arise to bring it into existence. Many have been persuaded, as I have been, by the insight that economies are a subset of the natural environment, not the other way round, as neoclassical economists assume. Very little attention, however, has been given to describing in detail what economic life would be like if an ecologically sustainable economy actually emerged. How would we feed ourselves? What clothes would we wear? What forms of transport and technology would we use? How much and what types of energy would we require? And what material standard of living would we have if we were to successfully decarbonise the economy? Most importantly, perhaps, what would the quality of daily life be like? These are some of the concrete questions to which this essay will offer some tentative answers, acknowledging all the while that the nature of the sufficiency economy described, like any economy, must ultimately be shaped and understood in context-specific ways. (1)

The analysis begins in the next section by briefly outlining the multi-faceted problems the world finds itself facing, not for the purpose of providing a thorough review of the global situation but simply to contextualise the discussion that follows. Unless one understands the magnitude of the overlapping problems we face, the relevance, importance, or even the necessity of the sufficiency economy may not be immediately apparent. Once the global predicament is outlined, the analysis proceeds to define in more detail the principles that underpin the sufficiency economy, although again this will be more a matter of exposition than comprehensive defence. The main part of the analysis then explores in some detail what economic life might be like if developed nations gave up the pursuit of growth and transitioned to some form of highly localised ‘sufficiency economy’ based on far lower resource and energy consumption. It is hoped that this analysis might provide some guidance on what it will actually take to transition to a just and sustainable society, as well as provide some deeper insight into what life might be like if we were ever to succeed.

(The full set of references will be included in the concluding Part Five to be published on Friday.)

Part Two – The Global Predicament will be published on Learning from Dogs tomorrow.

12 thoughts on “Where less is so much more.”