I was browsing the photographic forum Ugly Hedgehog the other day and saying thank you to some people who had said kind things about a few photographs I had shared. One person who had left a comment put in his signature block that he came from Adelaide, Australia. Part of my thank you was to inquire how things were in Adelaide.

Well blow me down when that person, Ron, came back to me and we then transferred to email and shared our backgrounds.

This is what Ron said in his first email:

Hi Paul,
You have had an interesting life over the years…
Love the Shepherd, we had one after we first got married..
Broke my heart so badly when he went I could never have another one.
I still think about him after all the years.
I retired at 55 years of age as I was with the government; I was a mechanical engineer with CSIRO designing new welding technologies along with many other projects over the years.
Sadly not the way I wanted to retire as my spinal injuries made it impossible to do the things I wanted to.
One of my biggest disappointments was having to give up my archery.
I’ve been doing photography for many and it has been a god send as it’s something I can still do.
We moved into a Lifestyle Village ( semi retirement) six and a half years ago as I was unable to look after the old house any more so I thought I’d let someone else worry about that..LOL
We try to get over to Sydney and Melbourne every year for a week or so but this year we missed out due to you know what.
Well, off to the shops now,
Cheers,
Ron.

And when I asked about the spinal injury, Ron added:

Hi Paul,
Hopefully you had no damage from your storm…
My spine, mostly my cervical spine, was damaged about 50 years ago in car stupidity.
I refuse to call it an accident.
I was sitting at a red light and a guy ran into my rear doing about 80-90 kilometers an hour without touching his brakes.
He was actually looking out of his side window!!
Over the years, and several operations and ongoing treatments, the pain got worse.
I’m now in pain all day every day.
At least the plates and screws keep things together.
Lorraine (wife) is my carer and when I get really bad, she gives me an injection of morphine mixed with some other “stuff”.
They discovered some years ago that my body doesn’t absorb oral meds very well.
My neurosurgeon then put me onto morphine.
Usually have one jab every two to three weeks.
At least I get one or two days of relief.
The rest of the time I just grin and bare it…LOL

Sadly, my good friend, also a Hog, died earlier this year.
He lived in north NSW in a small coastal town called Maclean.
Say Hi to Jeannie for us.
Cheers,
Ron.

This is a photograph of Lorraine.

And this is a photograph of Harry. 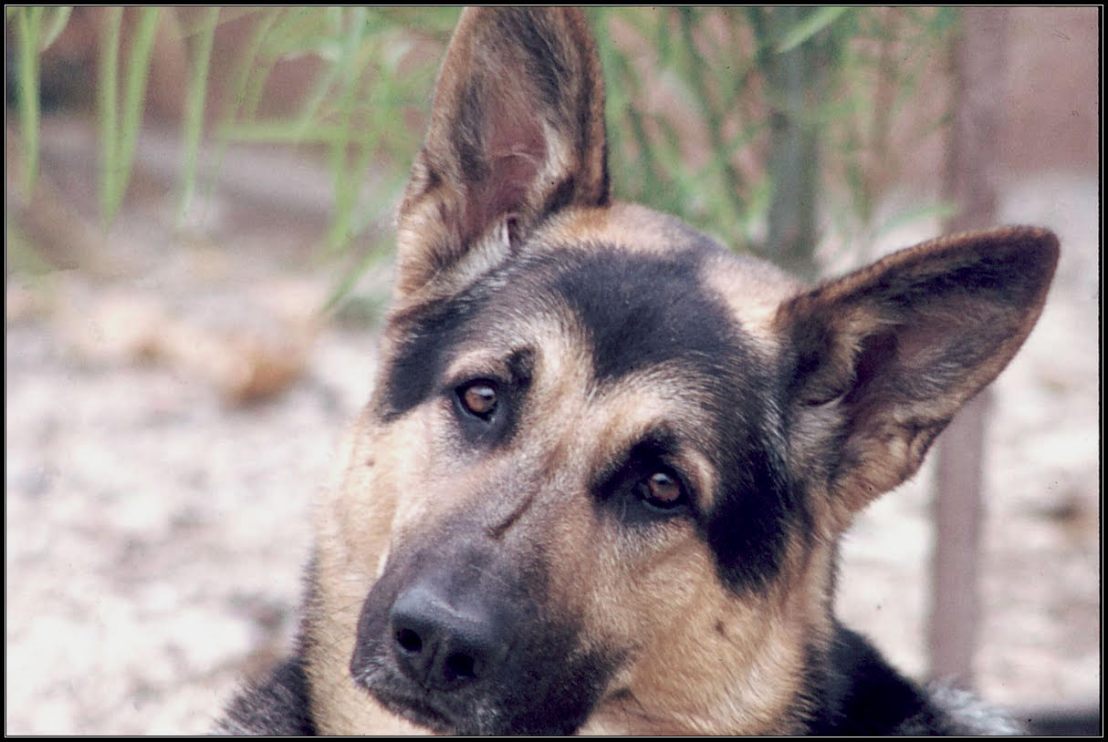 And let me treat you with a few more photographs, some from “very old scanned film shots so not the best.” 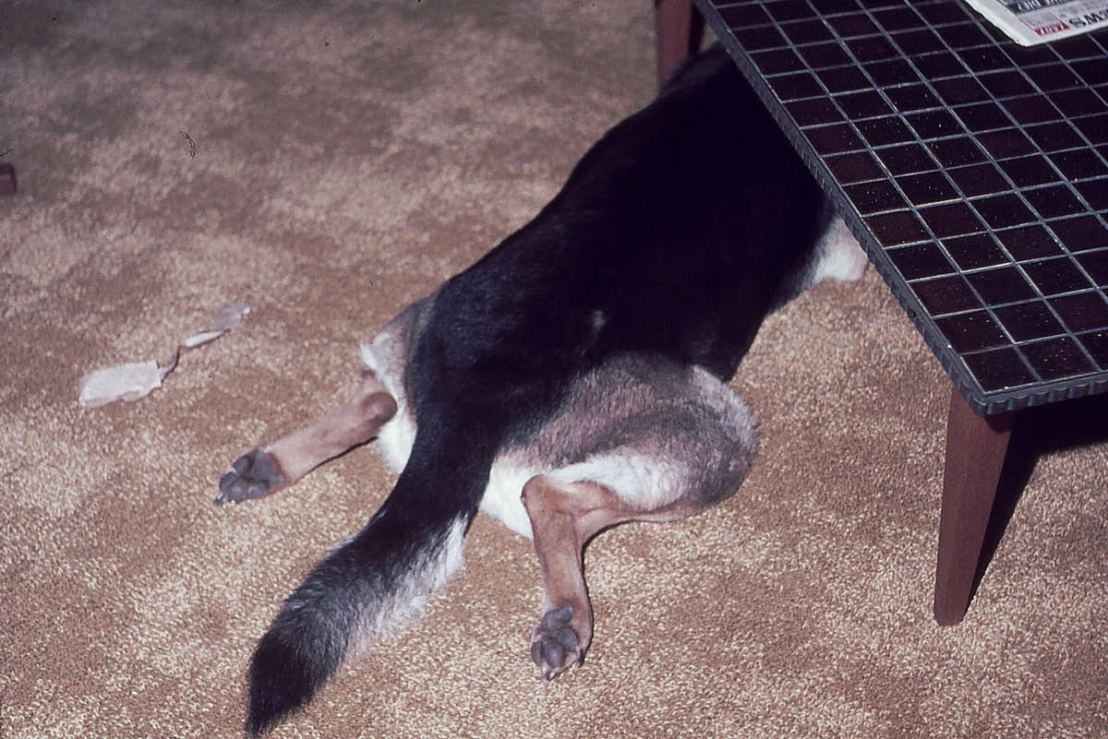 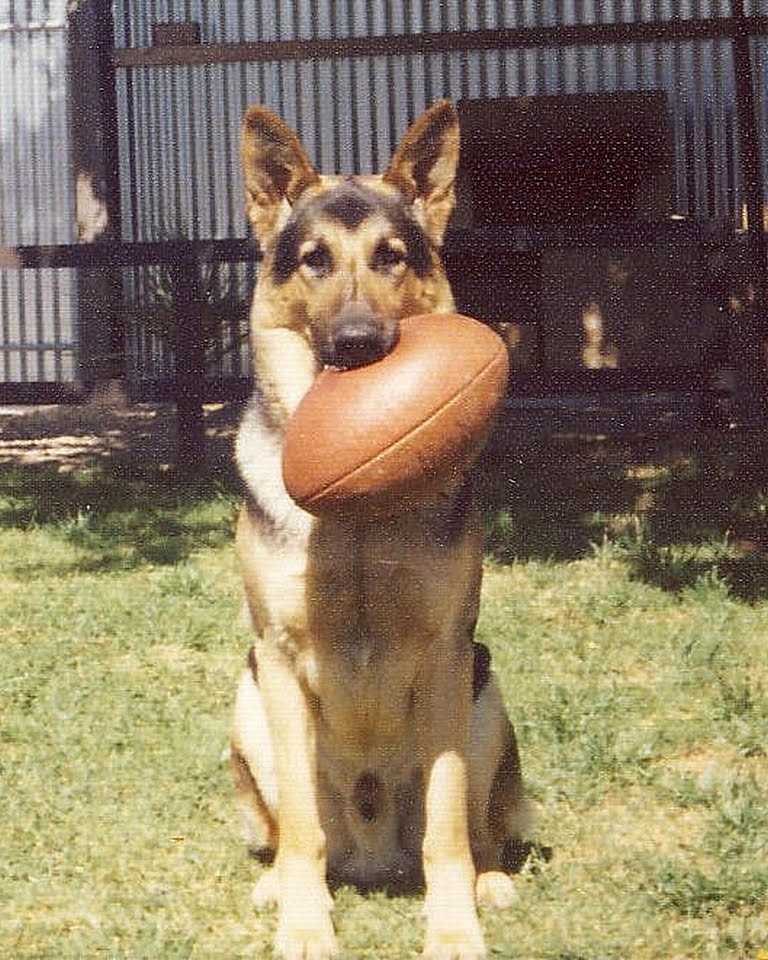 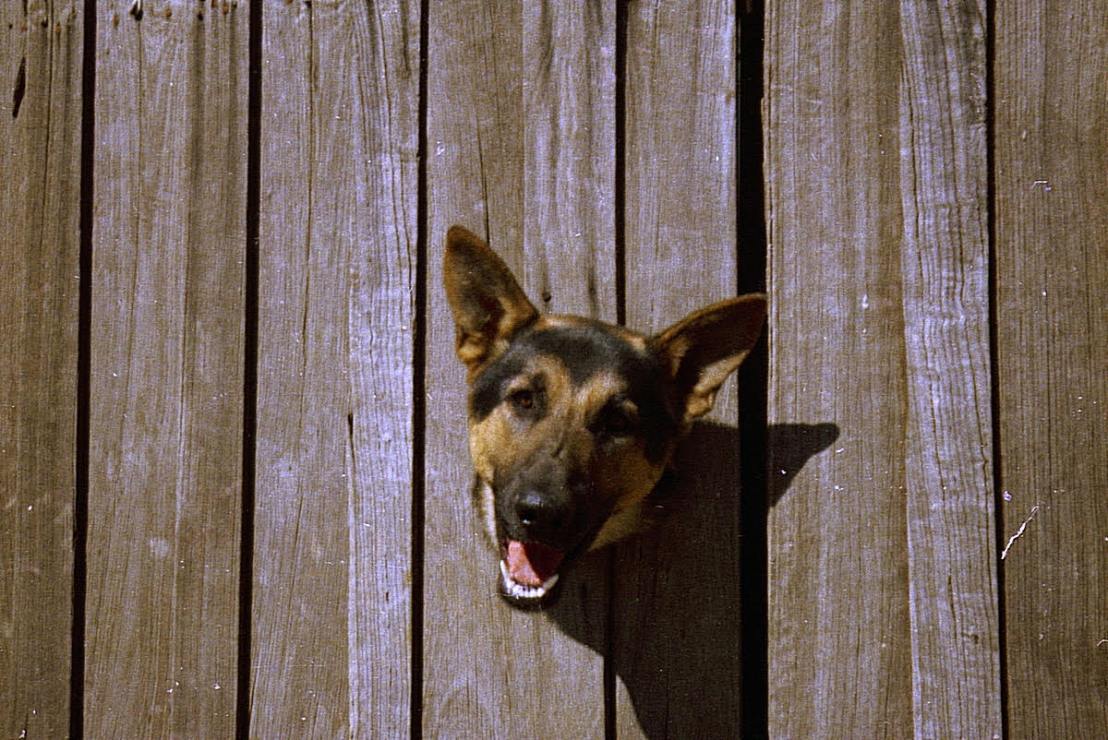 But that’s a sharp reminder of the consequences of not paying attention to the road in front of you. All those years ago!

Dogs bring people together from all over the world!

6 thoughts on “Friendships across the miles!”