A hiccup to their progress!

At the time of republishing this, as in March 27th, I am well over a month behind the news that Chica suffered an infection. But it was still a shock to read of Chica’s illness and, thank goodness, it wasn’t anything more than an infection.

For I have got used to Chica and Merlin walking GR7 and hadn’t thought of anything interrupting their progress. 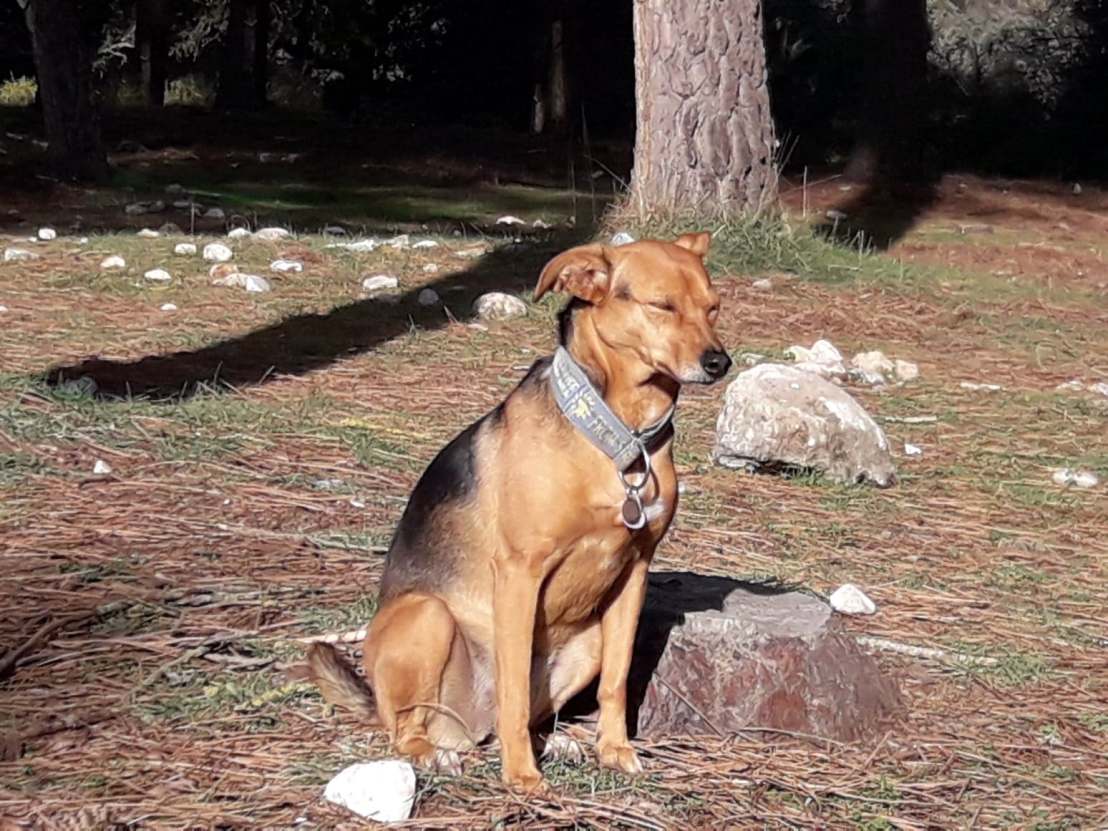 I woke as the sun hit the tent and Chica sat outside soaking up the warmth while I had a leisurely breakfast and packed up. It was 11ish before we set off up the track. More evidence of sap bleeding before we came across some processionary caterpillars on the march.

We know about these nasty critters from earlier in the trip and I avoid camping anywhere where the nests are evident but these appeared on the track. I was pretty sure Chica hadn’t got anywhere near them but when she started to slow down and look decidedly off colour, I got very worried indeed. They can cause serious injury to dogs. I stopped to try and decide what to do – I was the middle of nowhere and it looked like we might need a vet.

As if sent from the gods, Heidi (who was actually a London cockney) rocked up to walk her dog and offered a lift into Alhama de Granada. She was the first person I’d seen all day! I accepted very gratefully.

I found a vets and they were opening soon so we sat on the steps outside and waited. The vet was lovely, examining Chica thoroughly and to my relief saying it wasn’t anything to do with the caterpillars. She had a high temperature, however, and so it was probably an infection. He gave her an antibiotic injection and vitamins and asked me to bring her back in the morning. I then carried her, as well as my pack, to the nearest place I could camp and put her to bed wrapped in my fleece. She was instantly asleep.

Author’s note: Although her temperature had lowered, Chica was still poorly the following morning, so we decided it was best for me to go out and fetch them. They are now back at base in Jimera and we will take a break until she recovers. Many thanks to Clinque Veterinario Alhama for their exceptional care.