Which is to say that the next three days are, again, devoted to Tom’s walk along GR7. 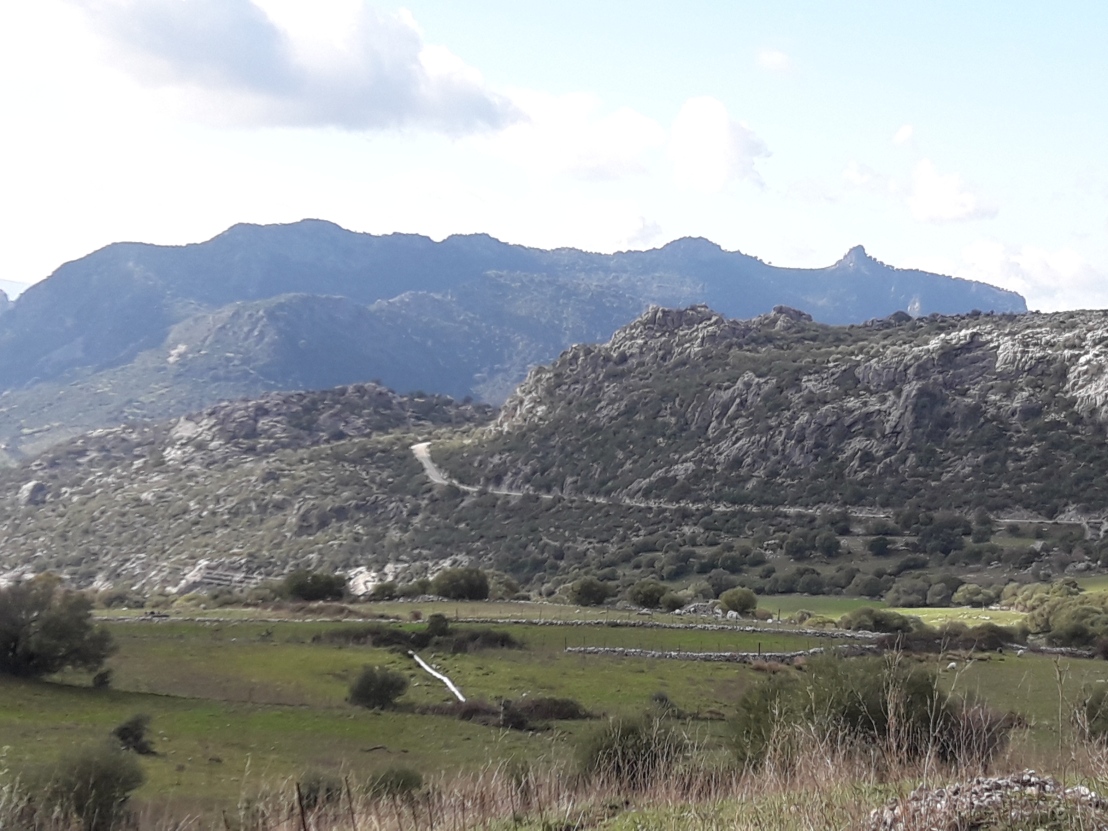 Authors note: Because we have had such a long weather delay, I have decided to number only the days that Tom and Chica actually walk otherwise it is going to give a very unrealistic idea of how long it takes. That is why today is Day 8 and the last walking day was originally Day 10 (but is now Day 7). I have updated all the blog references to correspond.

We were up with the lark this morning. Earlier in fact, as it was still dark but we were keen after such a long rain delay. We left the village in fog and went in and out of the sun and mist all the way up to the start point miles into the forest. It was still murky there too and we didn’t hang around as there was a gathering of hunters. Their dogs were in trailers, barking with excitement as this is probably the only time they ever get let out of their cages. But what happens to them after the end of the season next week? I can’t bear to think about it. But that’s why we’re doing this – so onwards and upwards my faithful duo! 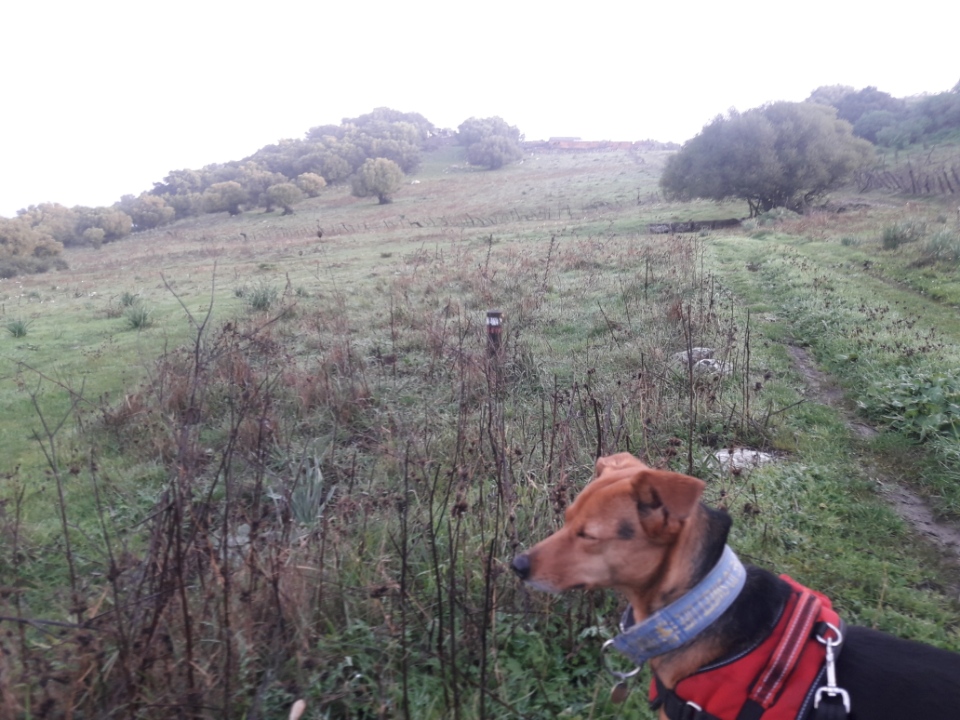 After coming out of the forest onto the road, the trees gave way to scrub and the track roughly followed the same route as the road. The mist made it hard to get a feel for the surrounding landscape at first but then as the mist became patchy there were glimpses of the majestic valley and surrounding mountains – a truly spectacular view but impossible to capture on a phone camera.

The track crossed the road and descended to the river – Rio de Ubrique – which heads towards the town of the same name. After a bit of a clamber up a steep, wet, rocky and rather unsavoury path between agricultural outbuildings, we popped out right next to the town sign.

It was a pleasant stroll through the comparatively large and bustling town centre. The sun was now properly out and so Tom stopped in a plaza outside the Town Hall and had a coffee while Chica scrounged titbits by breathing in and contriving to look half starved! Carrying on up through the narrow streets, they arrived at the Convento de Capuchinos where a sign to Benacoaz pointed up a cobbled road: the Calzada Romana (Roman Road).

This proved quite tough on the feet as the cobbles were uneven and scattered but after 3.5k it emerged into the village of Bonacoaz, perched on the side of the mountain with vast panoramic views south –  stunning end to today’s beautiful walk.

I know I have said it before, and undoubtedly I will say it again, but this account of Tom’s walk with his two dogs is astounding! They have been walking for over a week and they are experiencing countryside and more that must be unique to Spain.

(And thank you, Gilliwolfe, for penning it.)

2 thoughts on “Day Eight, again, of Tom and Chica’s walk.”