No words to say how I feel!

This is a terrible photograph. It has been widely shown but that doesn’t make it any less terrible.

Patrice Ayme recently wrote about the tragedy but for today I am republishing the article in The Conversation.

How much power can one image actually have? 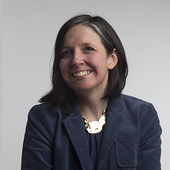 Associate Professor, School of Journalism and Communication, University of Oregon 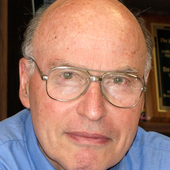 Professor of Psychology, University of Oregon

When the Associated Press published Julia Le Duc’s photograph of a drowned Salvadoran man, Óscar Alberto Martínez Ramírez, and his 23-month old daughter Valeria, it sparked outrage on social media. According to Le Duc, Ramírez had attempted to cross the Rio Grande after realizing he couldn’t present himself to U.S. authorities to request asylum.

But beyond raising awareness via Twitter and Facebook feeds, does an image like this one have the power to sway public opinion or spur politicians to take action?

As journalism and psychology scholars interested in the effects of imagery, we study the ability of jarring photos and videos to move people from complacency to action. While graphic imagery can have an immediate impact, the window of action – and caring – is smaller than you’d think.

Photographs and videos – through their perceived authenticity – can have an effect on people.

Research suggests that the graphic photo of slain Emmett Till in his open casket served as a “political catalyst” in mobilizing Americans to action in the civil rights movement. Similarly, news images have been credited as playing an important role in ending the Vietnam War.

But not all scholars agree. A recent article argued that it was a “myth” that the iconic “napalm girl” photo swayed public opinion and hastened the end of the Vietnam War.

We must also look to psychology to understand the impacts of emotional news content. Research demonstrates that audiences need an emotional connection – and not merely a “just-the-facts” reporting approach – as “prerequisite for political action” when it comes to appreciating the importance of distant mass suffering. And imagery can trigger this emotional connection by overcoming the psychic numbing that occurs when casualties mount, images blur and lost lives become merely dry statistics.

In April 2017, gut-wrenching images seem to have awakened the world to the human atrocities happening in Syria. Following a chemical bomb attack in the town of Khan Sheikhoun, graphic photos and videos documented the horrific effects of the banned nerve agent sarin. Millions bore witness to excruciating human suffering: gasping, choking, writhing and dying. More than 500 people were injured, with at least 86 deaths, including 28 children.

The vivid, closeup images of sarin attack victims were resonant enough to break through the complacency of people and politicians accustomed to bad news emerging from the war-torn nation. In President Trump’s response – which included a retaliatory missile strike – he seemed to recognize the value of the Syrian lives depicted in the horrific photos and videos.

The limits of an image

Nonetheless, even though the attacks may have briefly heightened U.S. concerns over the wars in Syria, the photographic documentation of the suffering in Syria wasn’t new.

The 2015 photos of a tiny Syrian boy’s lifeless body resting face down in the sand similarly stirred the world’s collective consciousness. Within hours of its release, the photo had reached 20 million people through Twitter, with many more millions seeing it on the front pages of newspapers the next day. Afterwards, government restrictions on accepting refugees were loosened while private donations to organizations like the Red Cross spiked dramatically.

A year later haunting images of a young boy in the back of an ambulance, caked in dirt and blood, galvanized the world.

But the emotional and compassionate responses to both photographs were short-lived. The bombing of civilians in Syria continued. Refugees continued risking their lives to escape the war zone.

Since the publication of Le Duc’s photo of the dead migrants, supportive politicians may feel emboldened to sound the alarm on the plight of Central American migrants. Donations to immigrant aid organizations might briefly spike.

But it seems that a photograph, no matter how emotionally devastating, can only do so much.

Yes, it can create a window of time when we’re motivated to act, and we’ll usually do so if we have effective options to pursue. This could mean a charitable donation at the individual level or, collectively, a surge of political will. However, psychology research from the “arithmetic of compassion” suggests that sympathy for distant human suffering declines when we’re presented with rising body counts. Sometimes we’re discouraged by the scope of the problem and this stops us from doing things that actually make a difference – even if partial solutions can save lives. Other times, if the options for helping others seem too narrow or ineffective, we’ll turn away and stop caring.

Images can alert us to the horrors of violence, mass migration and poverty. But as we have seen time and again, photographs and news footage of human suffering generally precipitate a short-term emotional reaction, rather than a sustained humanitarian response.

As one reads the article it is much more than a comment on a single image despite how terrible that photograph may be.

The two scientists set out to show that the period that we are alarmed or terrified or just plain sad at the state of nations is rather short.

Maybe it’s the self-protective nature of our species that does this.

But it still doesn’t diminish the horror of that top photograph.

12 thoughts on “The power of a photograph”