A short pencil is better than a long memory.

The origins of this saying seem to have disappeared in the mists of time but it’s a rare person that doesn’t write a list from time to time.  But when it comes to critical processes, having a list, or better known as a ‘checklist’ is essential to completing the process correctly.

With that in mind, then let me introduce you to a story recently sent to me by old friend Dan Gomez.

I’ve always done it this way!

This is an example of what happens when we do not pay attention to detail, and do not follow instructions and checklists!

A KC-135 Aircraft was being pressurized at ground level. The outflow valves which are used to regulate the pressure of the aircraft were capped off during a 5-year overhaul and never re-opened. The post-investigation revealed that a civilian depot technician who “had always done it that way” was using a homemade gauge, and no procedure.

Apparently, the technician’s gauge didn’t even have a max “peg” for the needle, so it was no surprise he missed it when the needle went around the gauge the first time.

As the technician continued to pressurize the aircraft with the needle on its second trip around the gauge there was a “boom”.  One KC-135 went bang!  Indeed, the rear hatch was blown over 70 yards away, through a blast fence!

An incident like this is never funny and is further regrettable when we consider that this mistake is one that we taxpayers will end up paying for. Fortunately, no one was reported as being injured.

This was a good “Lessons Learned” for making sure we have trained people, with the correct tools, and who are following detailed procedures. It should serve as a reminder that just because you’ve always done it that way, it does not make it the “right” way! 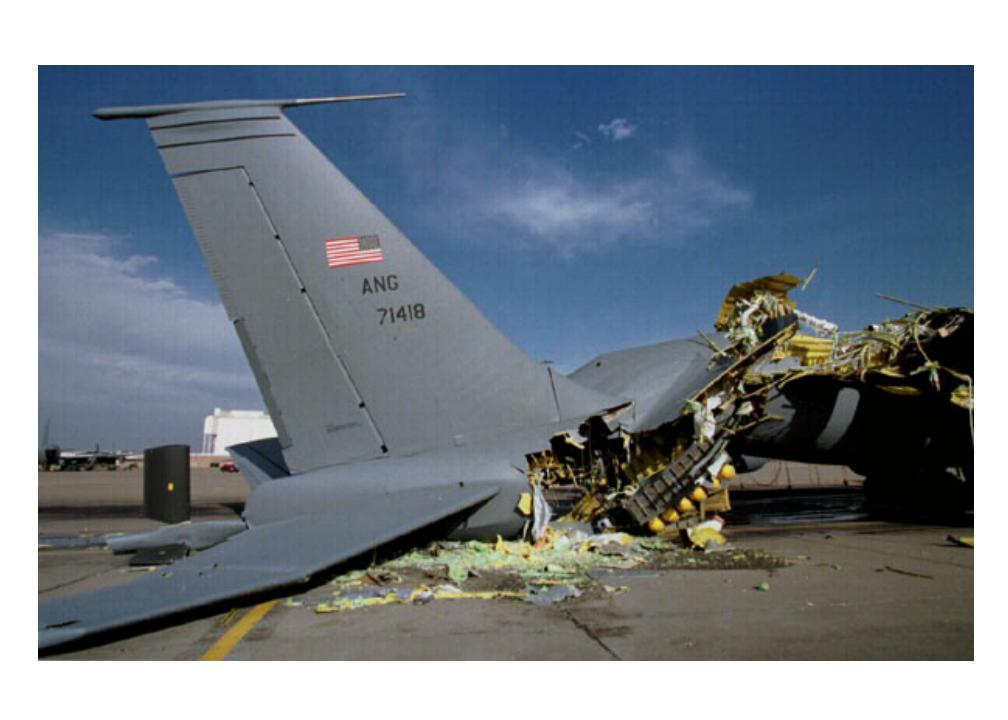 Now where did I leave that pencil!