Have you seen the moon?

It’s a particularly beautiful moon and more so because it coincides with the equinox.

By Bruce McClure in TONIGHT 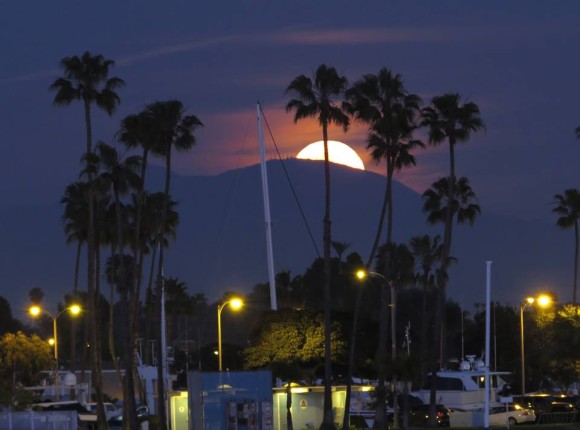 This is the closest coincidence of a full moon with the March equinox since March 2000 – 19 years ago. The full moon and March equinox won’t happen less than one day apart again for another 11 years, or until March 2030.

This month’s full moon also presents the third and final supermoon of 2019. Will it appear bigger in your sky? No, not unless you happen to catch the moon just after it has risen in the east, around sunset. Then its larger-than-usual size has less to do with the supermoon, but more from a psychological effect known as the moon illusion.

Supermoons don’t look bigger to the eye to most people, but they do look significantly brighter. If you’re in the suburbs or a rural area, notice the bright moonlight cast on the landscape at this full moon.

Also, supermoons have a stronger-than-usual effect on Earth’s oceans. Watch for higher-than-usual tides to follow the supermoon by a day or so, especially if a coastal storm is happening in your part of the world. 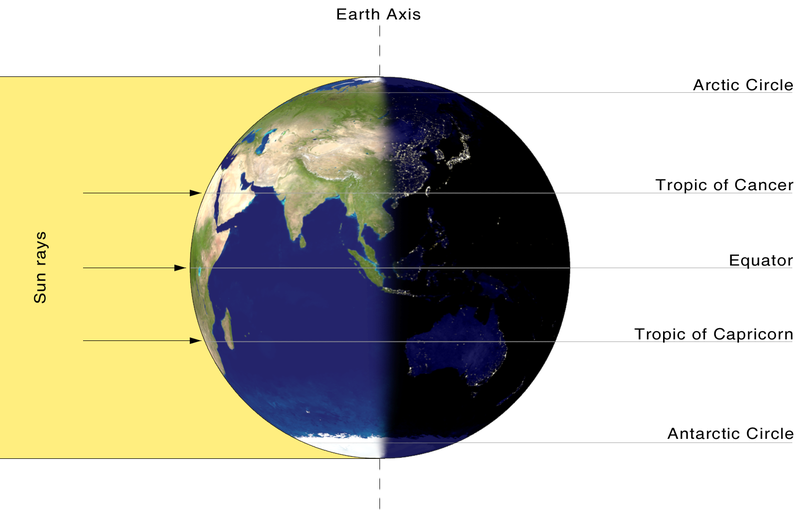 At the equinox, the sun is at zenith (straight overhead) at the Earth’s equator. Because the Earth’s atmosphere refracts (bends) sunlight, a tiny bit more than half of the globe is covered over in daylight.Generally, the first full moon of a Northern Hemisphere spring heralds the imminent coming of the Christian celebration of Easter. Since Easter Sunday – by proclamation – occurs on the first Sunday after the first full moon in spring, some of us might expect the upcoming Sunday on March 24 to be Easter Sunday. However, by ecclesiastical rules, the equinox is fixed on March 21, so that places this year’s Easter Sunday (for Western Christendom) on April 21, 2019.

By the Gregorian calendar, the last time that an ecclesiastical Easter and an astronomical Easter didn’t occur on the same date was 38 years ago, in 1981. The next time won’t be until 19 years from now, in 2038.

(Easter Sunday for Eastern or Orthodox Christendom actually falls on April 28, 2019. That’s because the Eastern Church bases Easter on the old style Julian calendar, instead of the revised Gregorian calendar used by Western Christianity and most of the world.)

For our friends in the Southern Hemisphere, this March full moon counts as your Harvest Moon. The Harvest Moon is the full moon occurring closest to the autumnal equinox. On the average, the moon rises about 50 minutes later with each passing day. But for several days around the time of the Harvest Moon, the lag time between successive moonrises is reduced to a yearly minimum. For instance, at 40 degrees south latitude, the moon now rises some 30 to 35 minutes later (instead of the average 50 minutes later) each day for the next several days.

Here in the Northern Hemisphere, where it’s the closest full moon to the spring equinox, the lag time between successive moonrises is at a yearly maximum. At 40 degrees north latitude, the moon now rises around 70 to 75 minutes later daily. In the Northern Hemisphere, we ‘ll have to wait for the September full moon to bring forth our procession of early evening moonrises.

Last but hardly least, this March 2019 full moon gives us the first of four full moons in one season (between the March equinox and June solstice). Most of the time, a season – the time period between an equinox and a solstice, or vice versa – only harbors three full moons. But since this March full moon comes very early in the season, that allows for a fourth full moon to take place before the season’s end.

Some people call the third of four full moons in one season a Blue Moon. So our next Blue Moon (by the seasonal definition of the term) will fall on May 18, 2019.

The next Blue Moon by the monthly definition – second of two full moons in one calendar month – will come on October 31, 2020.

Bottom line: Enjoy the equinox full moon on March 20-21, 2019. It’s the third and final full supermoon of 2019, and the first of four full moons in the upcoming season (spring for the Northern Hemisphere, autumn for the Southern Hemisphere).

Bruce McClure has served as lead writer for EarthSky’s popular Tonight pages since 2004. He’s a sundial aficionado, whose love for the heavens has taken him to Lake Titicaca in Bolivia and sailing in the North Atlantic, where he earned his celestial navigation certificate through the School of Ocean Sailing and Navigation. He also writes and hosts public astronomy programs and planetarium programs in and around his home in upstate New York.

It’s not about dogs. But then again maybe it is. For I’m thinking of dogs howling at the moon.

4 thoughts on “The equinox!”