This is almost too beautiful for words.

Recently Jean was sent a link to an item on Mother Nature Network by Trish, a close friend living down in Tucson, AZ. It shows the strength of character of one particular dog but easily serves as a reminder of the power of love, commitment, endurance and loyalty that thousands of dogs exhibit so many times. Qualities that we humans may so easily overlook because our dogs fit so comfortably into the relationship with us.

The article, on Mother Nature Network, was originally published in 2014 and, as the Editor explains:

Editor’s note: This story has been updated since it was originally published in November 2014.

The article is also presented with the enclosed video at the end of the text. But when Jean and I watched the video last night we were so taken by it that I am making an ‘executive’ decision to present the article slightly differently.

In that I think that watching this beautiful, incredible, video first is better.

Now on to the full article that was published on Mother Nature Network.

The Adventure Racing World Series might be the most fraught and challenging sports event in the world. It usually involves teams of four navigating through a vast wilderness terrain while utilizing adventure skills from a range of disciplines including trekking, adventure running, mountain biking, paddling and climbing.

During the 2014 competition, for the first time ever, an exception was made so that one team could finish the race with five members instead of four. That fifth member? A stray dog, named Arthur by his adopted companions, who decided to follow one team for 430 harrowing miles through the Amazon jungle, according to the Daily Mail. If this story doesn’t warm your heart, you don’t have one.

Team Peak Performance, hailing from Sweden, happened upon Arthur while sharing a meal in advance of a 20-mile race stage through rough terrain in Ecuador. Mikael Lindnord, one of the team’s members, felt sorry for the scruffy, lonely stray, and decided to share a meatball with him. It was an innocent gesture — Lindnord had no intention but to lift the poor pooch’s spirits — but it was a gesture that would earn him a friend for life.

As the team got up to continue their race, Arthur tagged along. The team suspected he would eventually turn back around, but Arthur kept following them. He trailed them through muddy jungle, across vast distances of the Amazon river, all the way to the finish line.

The sport of adventure racing is not for the faint of heart — no more for dogs than for humans. During the most harrowing stages of the race, the team tried to shrug off their canine companion over concerns for his safety, but Arthur would have none of it. He was determined to stick with his adopted companions.

For instance, one crucial stage of the race requires the team to kayak along the coast for 36 miles. Understandably, the team was required to leave Arthur behind on the shore. But as they paddled away, Arthur broke free and leaped into the water and began swimming after the team. Realizing that the dog was willing to drown in order to stay with his friends, the team lifted Arthur onto the kayak so the dog could complete the race with them, to sounds of ovation from bystanders watching from the shore.

Arthur’s loyalty paid off in the end; Lindnord was able to adopt him and bring him back to his home in Sweden, where the dog is currently living, healthy and happy.

“I almost cried in front of the computer, when receiving the decision from Jordbruksverket (Board of Agriculture) in Sweden!” reported Lindnord when he first heard that his request to adopt Arthur was granted. “I came to Ecuador to win the World Championship. Instead, I got a new friend.”

Loyalty with a capital “L”.

Love with a capital “L”. 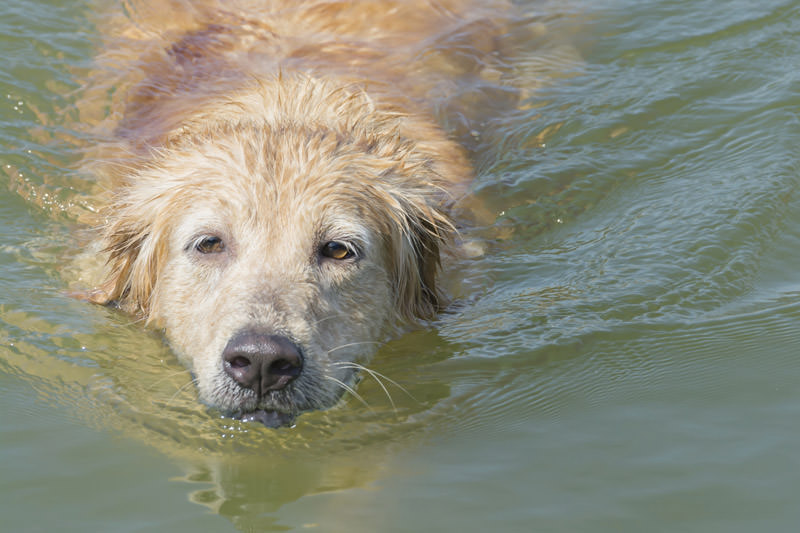 This picture of Arthur speaks for itself.