Our reaction to a video by Carole Cadwalladr.

I have been a user of Facebook for some time. Persons in my family use it but not Jeannie. In fact, Jean is a very low user of all things computing and that has turned out to be a very good act.

Here is the summary of what the talk is all about:

Facebook’s role in Brexit — and the threat to democracy

In an unmissable talk, journalist Carole Cadwalladr digs into one of the most perplexing events in recent times: the UK’s super-close 2016 vote to leave the European Union. Tracking the result to a barrage of misleading Facebook ads targeted at vulnerable Brexit swing voters — and linking the same players and tactics to the 2016 US presidential election — Cadwalladr calls out the “gods of Silicon Valley” for being on the wrong side of history and asks: Are free and fair election…

Here is the talk:

So by the time you watch this I shall have deleted my Facebook account. Then it is on to finding a good alternative to WhatsApp!

Not all that are available by any means! These were copied from the Facebook page.

Well done all those actively involved. We will see what the next week brings.

My son, Alex, recently shared on Facebook a video posted by Rik Christiansen who is the son of my elder sister, Rhona, now dead unfortunately.

This is what Alex said:

Anybody who needs Drone survey’s, my cousin has a business in Devon

Please go across to Rik’s website, Ahead4Heights, and also watch his promotional video; luckily on YouTube so it may be shared.

This is a short promotional film that showcases Ahead4Heights abilities within the drone industry as well as our production and editing skills. All footage, music, sound design, editing and production was created in-house. We are a complete solution.

It is not the first time I have written about Rik! Here is a previous post.

Yet another scary story.

This time via Facebook from Sally McCarthy in England.

We wanted to share this sad and scary experience one of our puppy owners had after collecting their puppy. Picture for reference, not puppy in question. Sharing to hopefully help others.

I had quite an unsettling experience yesterday on my way home with our puppy yesterday. I stopped at a service station to give her a cuddle and a break out of her crate and while I was standing at the back of my car with the boot open with the puppy in my arms a van with Polish numberplates pulled up really close behind me. The man leaned out of his window and said in a tone of voice that came across as really threatening “what a nice little doggy” then “can I ask some advice?”

At that point I thought I heard the passenger door of the van open (I couldn’t see the passenger side because of how he had parked). I put puppy back in her travelling crate, slammed my boot and locked my car as fast as I could, and walked to the driver’s side. At that point I realised I couldn’t get into the car, where my phone was, without unlocking the car so had a standoff with the man obviously waiting for me to unlock the car, which I was not willing to do in case he opened my boot.

After what felt like forever, especially as I was parked at the back of the car park away from any other cars, he gave up and sped off through the car park towards the exit with his phone in his hand. I didn’t want to wait around to see if he had called anyone to come so got in my car to drive off only to find him waiting for me at the exit and he started following me.

Fortunately within about 10 minutes the weather was awful so with the reduced visibility on my side I managed to lose him although my heartbeat and breathing didn’t return to normal for quite a while afterwards! As he hadn’t actually managed to take the puppy I wasn’t sure whether to report it to the police however I did submit an online report this morning as I am in no doubt that was his intention and that had I allowed him to distract me it would have given his accomplice enough time to corner me.

I just wanted to share as I have heard the stories of dog nappings and a friend of mine had a dog stolen 2 years ago during a walk but I am really shocked that anyone would consider attempting it in a public place that was hopefully covered with CCTV.

I have had dogs all of my life and have never worried about dog nappers before but now I have come face to face with them I just wanted to let you know that it does appear to be as bad as the media are saying so please keep your little ones close when they are allowed out for walks. I am going to buy a rape alarm to carry with me on dog walks from now on and my sons, who quite often walk our older dog alone, have been told the dog walks have to be done in pairs now and will be carrying an alarm too.x

What a frightening experience for Sally.

But at least she had the sense in writing this up and I am republishing the event so as to inform the maximum of people.

For some reason when one goes to “See more” it doesn’t stay that way.

So this is provided as follows:

Albert cries a lot and craves people around him. He is often found curled up in his basket but with his eyes open. If we could fix Alberts bereavement we would. Our Albert is a down hearted senior in kennels. This larger Staffy cross is nine years old and we are now working hard to find him a quiet and warm home and a very loving human. Life can be very cruel for hounds and humans and loss is a terrible thing for both. Although a painful story for a senior dog we now work towards finding a new chapter for Albert as soon as possible. We have visions of Albert curled up by an open fire this Christmas next to his new owners slippers. Happy are we that the heartbroken Albert face is gone and back is one happy staffy smile. Please support. Please share. Help us to find Albert the spark that lights his fire this Christmas. More details and applications forms are available at www.goodlifedogrescue.co.uk

I was first alerted to this by Lisa, my son’s partner.

The death of a loved dog!

I am not a great Facebook user, more for the benefit of my blog than anything else.

But I couldn’t help seeing an entry from Kim Spann. This is what she wrote:

Today I lost one of the greatest dogs I’ve ever known. My constant companion, protector and friend. I will miss her always but am blessed to have had her in my life for 8 years.

Well over two hundred people clicked ‘Like’ and when I was writing this post (about 2.30 pm on the 5th) there were 179 comments; all of them wonderful.

I, in turn, offered to write a small tribute, and it now follows.

Dogs are special. Special beyond words.

They have been with us humans for thousands of years. They have played with us. They have stayed by our side. They have rescued us. And much more.

They do not live long enough but even in their death do we share precious times and precious memories.

So … goodbye you darling creature. I love you! 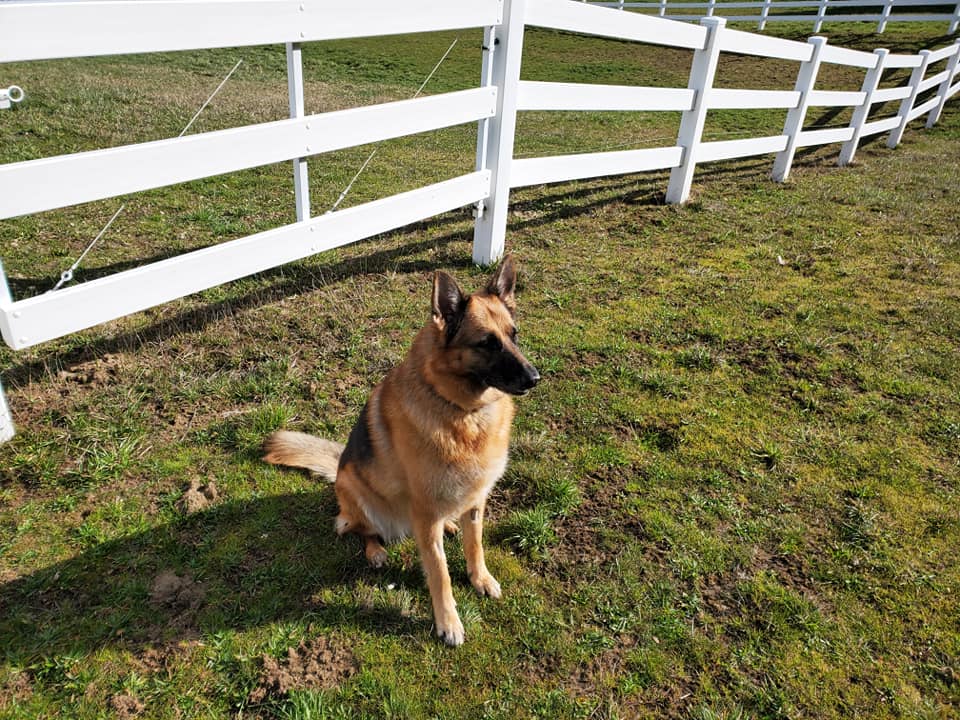 As Kim said: “My constant companion, protector and friend.”

With huge thanks to Sally McCarthy.

Sally reposted this video that was seen on Paul Goosen’s Facebook page.

Is there no end to what our wonderful dogs can do!

(This was published yesterday on Facebook by George Ball, a friend from my Devon days.)

Here’s to loving our dogs more than ever before in this new year.

This is just an interim post while I get my act together today (it’s 08:07am).

For yesterday morning, around 7am, we lost our internet service and it was only restored a couple of hours ago.

There’s an announcement from me coming out before the end of the day about my book and a way for anyone interested in reading a section to be able to download a few chapters.

Thanks Doranne for sharing that wonderful reminder.

I saw this shared on Facebook by George Ball, a friend from my English days. It’s a lovely example of the compassionate side of man.

A pump and sheets were used to keep whale alive near Hartley Bay on B.C.’s North Coast

An orca that was stranded on some rocks was kept alive for eight hours by a dedicated team of whale researchers and volunteers on the North Coast of B.C.

“She cried often, which tore at our hearts, but as the tide came up there were many cheers as this whale was finally free,” said in a Facebook post from the group The Cetacean Lab.

Early Wednesday morning, the group received a call from a colleague about the beached orca, which was stuck on some rocks at low tide.

“We decided the best thing to do would be to keep her cool, that meant to put water on her body and we used blankets and sheets,” said Hermann Meuter, a co-founder of Cetacean Lab.

“It was the only thing we could do.”

Meuter said they could see the orca’s behaviour change as they began to help her.

“At first she was stressed, you could see that her breathing was getting a little faster,” said Meuter.

But after about 15 to 20 minutes, she began to calm down.

“I think she knew that we were there to help her,” said Meuter.

Around 4 p.m. PT, the tide began to rise and the orca was able to start freeing herself.

“It took her about 45 minutes to negotiate how best to get off the rocks,” said Meuter. “We all just kept our distance at that point.”

When she swam away, the orca was quickly reunited with her pod, which was nearby.

Metuer said members of the World Wildlife Fund and the Git G’at Guardians from Hartley Bay were also on the scene helping to free the animal.

“We all cared about this whale and we were just very lucky to give that whale another chance,” said Meuter.

There are photographs to view on that CBS News item plus this video (wish it could have been longer) was also included in Maryse Zeidler’s report.

Well done to everyone who helped save this magnificent animal.