Some videos of Alex, my son, and others taking a bike tour.

Now I would be the first to admit that the following videos will not be to everyone’s taste.

But there is a strong link to my son and his bike riding, and to my own bike riding. For over 5 years ago Alex persuaded me to get a better cycle than I already had. I chose the Specialized Sirrus and have been delighted with it ever since. I purchased it from the local Don’s Bike Center. There is a photograph of the bike below.

To be honest, riding the bike more or less every other day has been crucial in me staying as fit and healthy as I am.

On to the videos.

I was speaking to Alex recently and he was talking about the tour of the Isle of Wight off the south coast of England that he and friends took. That was Alex and Darren and Claire and their 14-year-old son Tom.

He mentioned the YouTube videos that had been taken and I asked Alex to forward them to me.

I reckoned that a few of you would be interested!

Finally, Alex and I still stay connected with our riding courtesy of Strava.

This uses a small GPS, in my case a Garmin EDGE 20, to upload and show the route to the Strava dashboard. We each give each other what is known as Kudos for our respective rides.

The following is my afternoon ride of a little under 13 miles around the local roads, grabbed when the rain ceased for a while. It shows me taking our driveway, a quarter-mile long, to Hugo Rd; about 10 o’clock in the diagram below. I then turned left and two miles later turned right into Three Pines Rd. then a further right into Russell Rd. and down to Pleasant Valley Rd. and back home with a small diversion along Robertson Bridge Rd. and Azalea Dr. and to the bottom of Hugo Rd. Precisely 3 miles up Hugo Rd. and back to our driveway.

That will be shared automatically with Alex when he wakes in the morning. 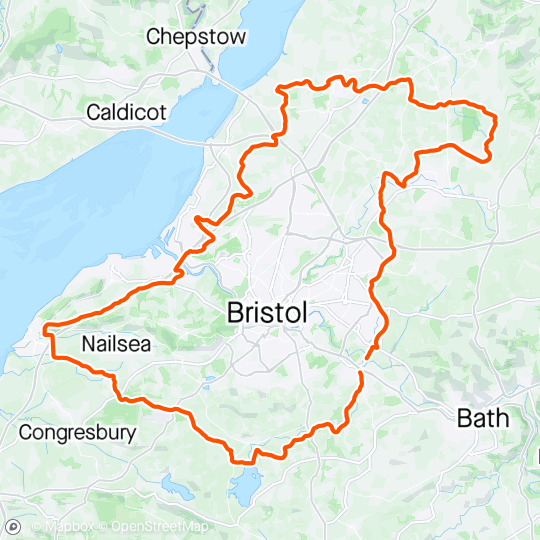 Last Thursday, together with Jeannie, I returned to the hospital in Eugene, OR, that I was taken to on December 24th after my bike accident on the 22nd November; all of which has been shared with you good people.

Dr. Kokkino of the Oregon Neurosurgery department, he who undertook the operation to evacuate two sub-dural bleedings, wanted to check me out.

He pronounced me fit to return to normal life including bike riding. But when I queried that I was still feeling a little “second-hand” in the head from time to time Dr. K. said this:

Your brain took a major knock back in November.

It would be reasonable to assume that full healing will take at least three months and quite possibly as long as six months!

Of course, that was very comforting to hear but nonetheless very surprising. That’s what I wanted to share.

Yesterday morning, dear friend and neighbour Dordie came riding with me and we did the ‘Tunnel Loop’ circuit; about six miles.

to this (me on the bike when I first purchased it!):

Will close by saying again how amazed I was to hear that prediction from Dr. K. as to how long the brain takes to heal!

I’m sure many of you will be equally amazed!

Have a good weekend everyone!

My dear wife takes to cycling.

Like most young boys I was on a bicycle at a very young age. Then once sufficiently old to drive a motor car that was the end of bike riding for almost forever. Except that a few months ago the argument for anaerobic exercise as a means of delaying the worst of all the ailments that come with an ageing body (and mind!) convinced me to get back on a bike.  That was made a lot easier because a small group of close neighbours ride three times a week and that seemed an opportunity not to be missed.

Those same neighbours supported, and recommended, a local bike shop in Grants Pass and I have ‘borrowed’ this picture of the store from their website.

Having now been riding an average of 35 miles a week for the last ten or twelve weeks, I can vouch for the benefits it is providing.

Logically, therefore, it was going to be much better if Jean could come with me, and the rest of the riding group, each week. But there was a small challenge: Jean had never ridden a bike in her life. Horses, yes! Bicycles, no!

Eric over at the bike centre lent Jean a two-wheeler to try but very quickly it was clear that Jean would not easily develop the confidence to ride on our local roads. The next suggestion from Erik was a tricycle! Not one that was designed in the days of Noah and his Arc but a modern model of the ‘recumbent’ design. In particular, one manufactured by Sun Bicycles. Here’s an image of the trike from the Sun’s website.

Thus it came about that last Friday Jean and I went over to Don’s Bike Center to collect her new bike.

Then once home it was time for Jean to learn a number of very new skills. At first just by riding around our turning circle in front of the house.

Then trying out our quarter-mile driveway that includes a couple of steep gradients; well steep for a cycle rider!

Another view of Jean getting to know her new bike here at home.

Then, deep breath, time to put on the safety helmet and go for a short ride on Hugo Road, our local road that runs past our property.

So all’s well that ends well!

I will embarrass Jean by saying to my dear readers that Jean is already getting familiar with riding her trike and it won’t be too long before our riding group will be increased by one Mrs. Handover on her bike!

The things we do to stay healthy in our increasing years!