A week ago I was casually reading a copy of our local newspaper, the Grants Pass Daily Courier, and inside was a piece by Kathleen Parker, a syndicated columnist, entitled It’s the end of everything – or not.

I found it particularly interesting especially a quotation in her piece by Robert Watson, a British chemist who served as the chair of the panel of the Intergovernmental Science-Policy Platform on Biodiversity and Ecosystem Services (IPBES). The IPBES had recently published the results of the three-year study by 145 authors from 50 countries.

So I wrote to Kathleen Parker asking if I might have permission to quote that excerpt and, in turn, received her permission to so do.

Robert Watson wrote in a statement that:

“the health of ecosystems on which we and all species depend is deteriorating more rapidly than ever. We are eroding the very foundation of our economies, livelihoods, food security, health and quality of life worldwide.”

But, Watson also said, it’s not too late to repair and sustain nature – if we act now in transformative ways.

It is time to change our habits both at an individual level and the level of countries working together.

Moreover we haven’t got decades. We have got to do it now!

Are we back up to seven dogs!

On Thursday afternoon one of the residents not too far away from us telephoned asking if we might take in a dog that had recently been found lost on Hugo Road, our home road.

Despite the fact that we really didn’t want another dog, there was no question of turning our back on the lost soul.

As soon as we set eyes on the dog it was clear that it was used to people, understood a couple of commands and was in very good health albeit had not been castrated. There was no ID on the dog’s collar. Jean thought the dog was about a year old.

We placed the dog in our guest room that has a separate entrance.

Then yesterday, Friday, it was time to see if the dog would integrate happily with the rest of the crew. 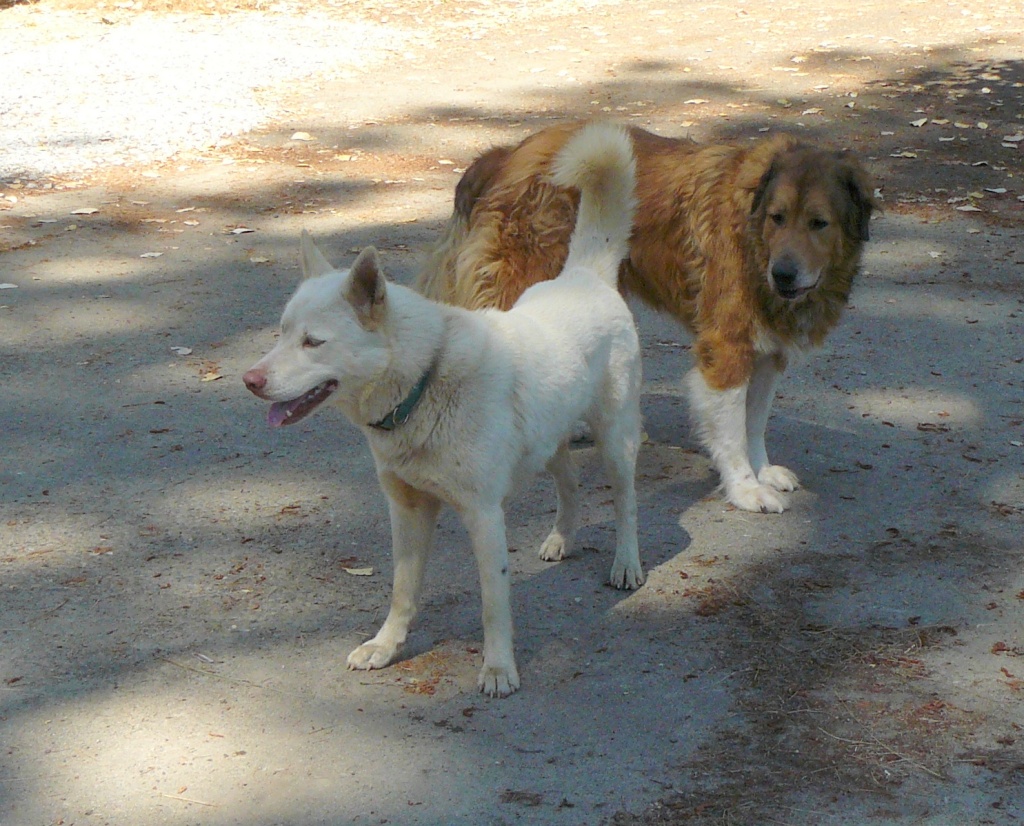 First up was a meeting with Brandy. 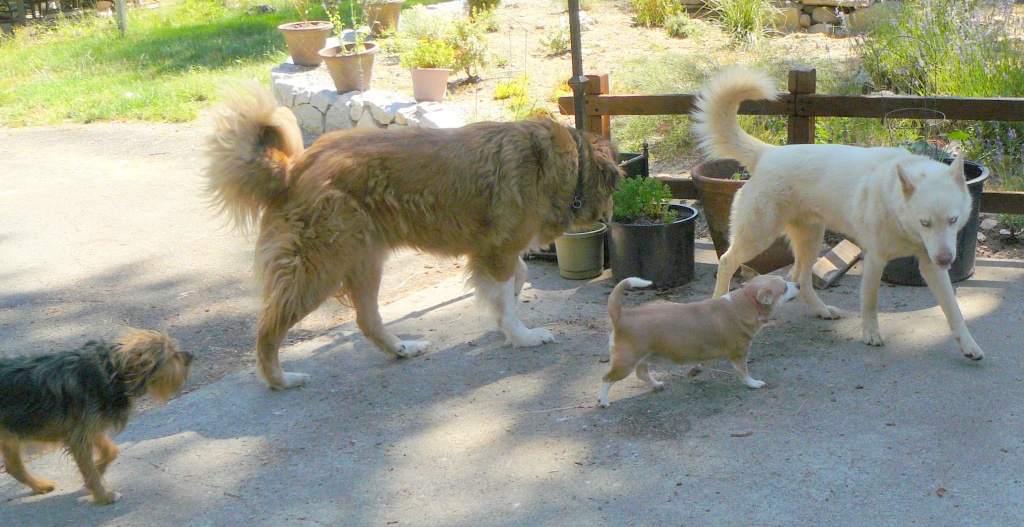 Then along came Sweeny (LHS) and Pedy (looking up at our visitor.) 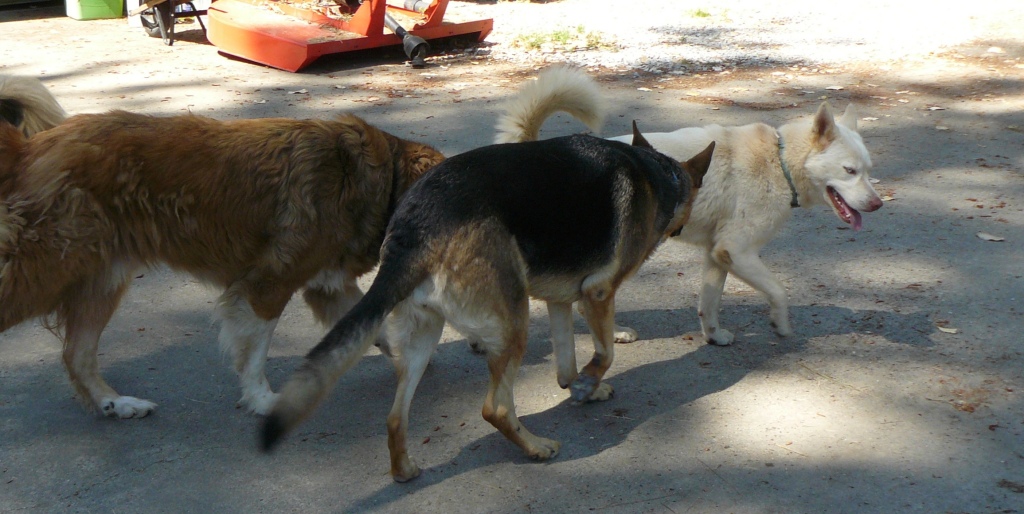 Time for Cleo to say ‘Hello’. 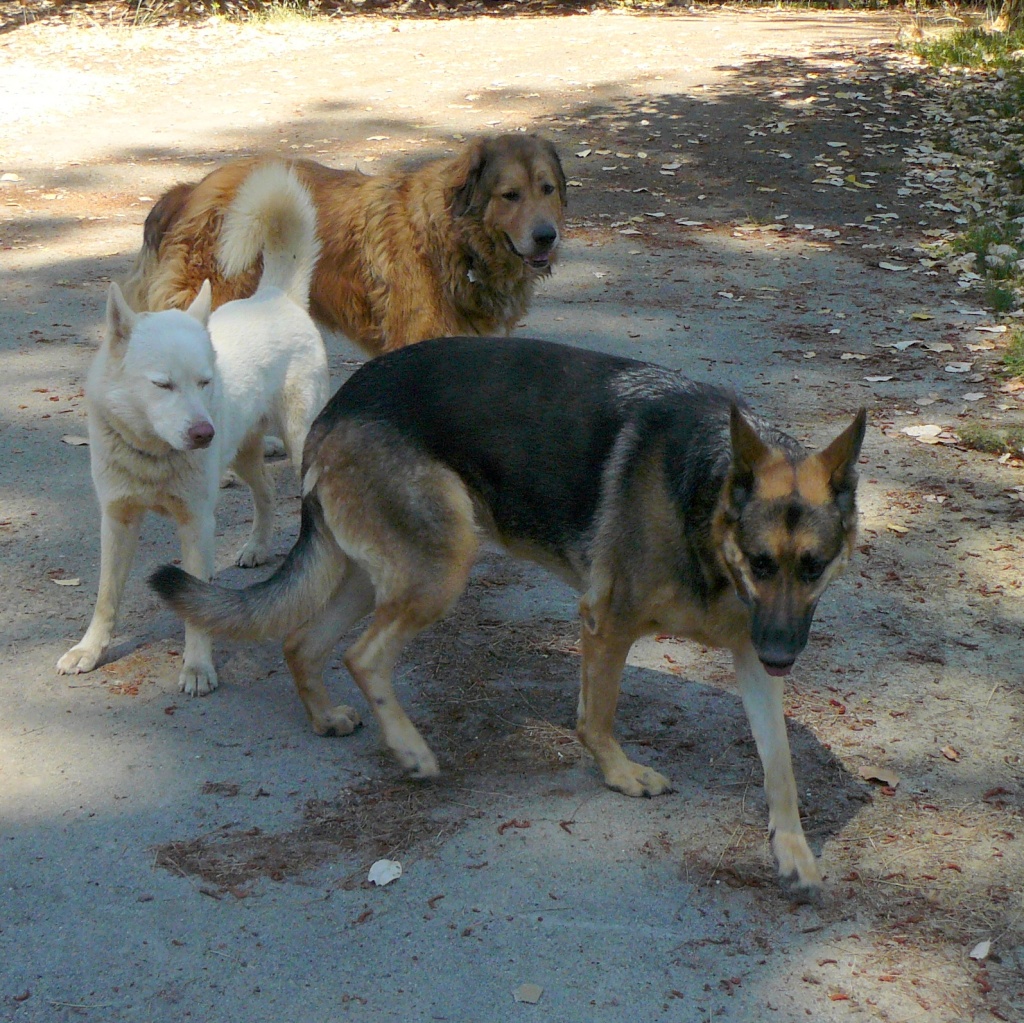 Then just before lunchtime yesterday we drove up along Quartz Creek Road that runs up into the hills behind us and is where a number of people live.

That led us to meeting a woman who thought that she knew the owner of the dog. Also that the dog’s name was Colt. This woman said that she would make contact with Colt’s owner.

Plus we have put out a ‘Dog Found’ notice both in our local paper, The Grants Pass Courier, and our local radio station KAJO.

We will see what happens!

Footnote: Around 4pm we received a call from a young woman who was the owner of Colt. Shortly thereafter we drove again along Quartz Creek Road but this time with Colt. Ten minutes later Colt was reunited with his owner.

That left Jean and me with mixed feelings for Colt was such a lovely boy. But it did turn out for the best.