The Queen has been broadcasting a Christmas message since 1952. I was just eight-years-old when she first broadcast her own message.

How very much has changed over those years. Beyond imagination.

The Conversation has an article about the Queen’s broadcast and it is shared with you all. 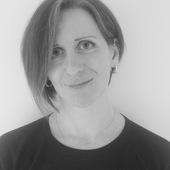 At 3pm UK time on Christmas day, the Queen’s Christmas message is broadcast across the Commonwealth. Each year the format is largely the same, with the Queen giving her own account of the main personal, national and international events of the year and reflecting on the meaning of Christmas. As such, it has become an important part of the festivities for many families in the UK and beyond.

With the COVID-19 pandemic still raging, fresh restrictions imposed and Brexit rapidly approaching, this year’s broadcast has taken on new significance as a source of stability and comfort, a constant in these difficult and uncertain times. Therefore, it is worth examining how the language used in the broadcast creates this sense of reassurance.

Since 1952, the Queen’s Christmas message has performed three ideological functions through rhetorical appeals based on faith and family.

The Queen shares personal anecdotes, which she often links to ordinary people’s experiences through the pronouns “we” and “us”.

On Christmas Day 1964, for instance, she told viewers that: “All of us who have been blessed with young families know from long experience that when one’s house is at its noisiest, there is often less cause for anxiety”. As most new parents would recognise this truism, it conveys the message that – in this respect at least – the royals are like any other family.

The Queen is also aware that some families will be separated during the festive season and regularly expresses empathy for them. As she said in 1956: “I would like to send a special message of hope and encouragement to all who […] cannot be with those they love today: to the sick who cannot be at home”.

This message is made more poignant because of COVID-19, as the Queen recognised in her special address on April 5 2020. Indeed, it is almost inevitable that this year’s Christmas broadcast will include similar words of consolation for those who have been separated from their loved ones during the pandemic.

Uncertainty is another recurring theme in the Queen’s Christmas broadcast, as she tries to make sense of the year’s events for the benefit of her audience. She gives her personal responses to national and global problems, which frequently involve the enactment of supposedly timeless (but predominantly Christian) values. On Christmas Day 1980, amid issues such as the Soviet-Afghanistan war and UK unemployment, she said:

We know that the world can never be free from conflict and pain, but Christmas also draws our attention to all that is hopeful and good in this changing world; it speaks of values and qualities that are true and permanent and it reminds us that the world we would like to see can only come from the goodness of the heart.

Among these values are faith, charity and compassion and, by praising them as a source of stability and the means for creating a better world, the Queen is perhaps seeking to strengthen adherence to them. Not only that, her appeals to Christian values and her emphasis on the family provide a sense of security for those who are disoriented by the rapid pace of social change. In turn, this sustains the monarchy by establishing the Queen as “a permanent anchor, bracing against the storms and grounding us in certainty”, as former British prime minister David Cameron said in 2012, marking her Diamond Jubilee.

The Queen’s rhetoric of unity is based primarily on the metaphor of the Commonwealth as a family, which recurs throughout the Christmas broadcasts. In 1956, for instance, she observed that:

We talk of ourselves as a “family of nations”, and perhaps our relations with one another are not so very different from those which exist between members of any family. We all know that these are not always easy, for there is no law within a family which binds its members to think, or act, or be alike.

Despite these differences, in 2011 the Queen described the Commonwealth as “a family of 53 nations, all with a common bond, shared beliefs, mutual values and goals”. As the head of the Commonwealth, it is perhaps no exaggeration to say that the Queen is the matriarch of this family of nations, whose primary role is to keep the unit together and uphold its values. Indeed, the Christmas broadcast has been an important source of soft power since the end of Empire. As Sonny Ramphal, a former Commonwealth secretary general, put it: “without her presence, the Commonwealth will feel it is missing the captain from the bridge”.

With the UK government having tightened Christmas COVID-19 restrictions, as well as the introduction of bans on UK travel in numerous countries, this festive season will be very different. Perhaps more than ever, as families face separation or the disruption of their traditional plans, people will seek solace in the ritual of the Queen’s Christmas broadcast.

I can’t find a copyright-free photograph of the Queen’s Corgis but this one will do. It is from Pexels.

That makes her the oldest monarch to have reigned in Britain. Ever!

Queen Victoria was Queen of the United Kingdom and Ireland from 20 June 1837 until her death, in 1901. That makes Queen Victoria the second longest monarch to have reigned.

So with that, it’s time for a small break.