Dogs have been a regular part of the White House.

It will be of no surprise that dogs have been regular pets of Presidents over the years. Apart from the fact that they provide companionship and love the dogs are also never left alone unlike many  adults in normal life who often have difficult decisions to make.

So here’s an article in The Conversation that I am republishing. 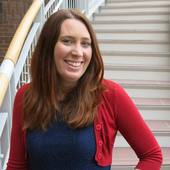 Since entering the political spotlight, Champ and Major have achieved celebrity status, making news when then-President-elect Joe Biden fractured his foot while playing with Major and stumping for Biden on the campaign trail. The dogs even share a Twitter account, which features photos and doggie press releases. Major, the first shelter dog to live in the White House, has delighted so many people, the Delaware Humane Association, from which Major was adopted, held an “indoguration” ceremony for him.

Pets in the Oval Office have long fascinated many on both sides of the aisle. George H.W. Bush’s springer spaniel, Millie, “authored” a book on life in the White House that charmed many readers – and even outsold her presidential guardian’s autobiography. More recently, Buddy Clinton, Barney and Miss Beazley Bush and Bo and Sunny Obama have captivated the American public while roaming the halls of the White House.

As a dog enthusiast, I too take enormous delight in seeing presidents’ dogs run down the White House hallways, deplane from Air Force One or campaign with their guardians. But as a psychologist studying dog cognition and behavior, I must add a crucial point: Dogs have much more to offer than feel-good stories and cute photo ops. A growing area of research suggests that dogs can provide real benefits, not only to their daily companions, but also to those in their orbit.

These benefits explain why many workplaces – from Amazon to Zygna – have begun welcoming dogs into their offices. Recent research suggests that dogs in the workplace can lead to increased worker engagement, lower employee turnover, greater work satisfaction and even enhanced employee cohesion and communication.

The Oval Office, the site of momentous decisions, enormous stress and complex social dynamics, may benefit from dogs even more than typical workplaces. After all, stress can compromise decision-making and problem-solving abilities. Pets can alleviate stress, however, dampening these effects and leading to improved performance on difficult tasks.

Not only do people report feeling less workplace stress around dogs, but their very bodies tend to support this claim. A growing area of research suggests human heart rates slow, levels of the stress hormone cortisol shrink and blood pressure decreases when people hang out with dogs. Interestingly, the positive effects of pups on stress levels exceed that of even a close friend or family member: A dog will reduce your stress more than your spouse or best friend will. After all, dogs are naturally inclined to love you unconditionally and will never find fault with the way you slurp your soup.

Dogs may reduce stress because they provide social support. You may feel supported by your pooch, in part, because of the oxytocin feedback loop between humans and dogs. Oxytocin, a hormone involved in promoting social bonds, is released in both dogs and humans when gazing into each other’s eyes.

President George H.W. Bush holds one of Millie’s six puppies at the White House in 1989. AP Photo/Ron EdmondsPeople report improved mood, increased happiness and greater energy levels around dogs. And, on the flip side, they enjoy reduced feelings of depression, loneliness and negativity when dogs are present.

Given dogs’ skill at providing these supports and boosting mood, it may not surprise you to learn they work their magic not only one on one, but also in group settings. In the presence of a dog, people in groups have better social interactions, engage in more conversations and are more likely to form long-term friendships with one another.

The effects of dogs as social lubricants can go further: Dogs even foster development of social support networks among their humans, leading to a sense of community, and more social interactions between people in their vicinity. These engagements offer opportunities for even more social support in high-stress environments. And perhaps most importantly, people are more likely to offer help when a dog is present.

Having Champ and Major in the White House may help President Biden and his staff navigate the stresses and tensions of the current political landscape. Beyond “indogurations,” tweets and cute photo ops, Champ and Major will offer physical, psychological and social benefits in the Oval Office.

In short, pets (yes, cats too!) improve the quality of life in almost every context – including presidential ones. Perhaps they can, even in a small way, play a role in uniting a divided country. After all, personal politics aside, isn’t it comforting to know there will be paws pattering around the White House again?

As was said in the article: “In the presence of a dog, people in groups have better social interactions, engage in more conversations and are more likely to form long-term friendships with one another.”

Dogs are miracle creatures and if you think of the benefits that dogs provide in crucial groupings and discussions that go on the White House then, frankly, they should be a non-negotiable addition to any White House incumbent!

Would lie alongside President Bush’s casket.

This story has been all over the news recently and rightly so; it’s a very touching report.

I have taken my story from the BBC News and wanted to share some of it with you.

The labrador who worked as a service dog for President George HW Bush has been pictured resting beside his coffin, in a moving tribute.

Sully the dog is travelling with the casket on the flight from Texas to Washington and back this week.

Mr Bush’s body is due to lie in state this week ahead of a day of national mourning.

The coffin is being flown from Texas to DC on board Air Force One – temporarily renamed Special Air Mission 41, in homage to the late president – and then back on Wednesday, with Sully accompanying the body throughout.

Irrespective of what one accomplished in one’s life, 94 is a grand age!

When lending is motivated by politics, losses are not far behind.

Years ago, in the summer of 1980, I worked as an intern in the Federal Home Loan Bank Board at the Department of Agriculture.  I was a senior in college majoring in business and had been accepted to the University of Chicago doctoral program.  I didn’t want to take the internship because I wanted to take more courses over the summer to help prepare me for the rigors of grad school, but my college advisor had openly worried that I was far too serious for a young person.  He strongly encouraged me to accept the internship and take a break from academics before I immersed myself in graduate school, and buried myself once again in all things economics!

I agreed, but only after I had arranged to take 6 credits of independent study in D.C.  I chose to examine the Negative Income Tax program, one of the largest social experiments in U.S. history. More on that at another time. Today, I want to talk about what I learned from being an employee of the U.S. federal government.

The first thing I learned was that the “problem” with government work is not the people; well, not all the people.  There was one man who spent his entire day going back and forth to feed quarters to the parking meter rather than pay for public transportation or do his work.  He represented the worst in government employees.  Most all of the others I met were hard-working and honest people, trying to do a good job and make a difference.

No, I learned that the real problem was the way the “work” was done in government. I worked for the Federal Home Loan Bank Board (FHLBB) that summer, which was one of the largest lenders in the world.  The FHLBB was responsible for small business, rural, agricultural, and economic development lending. My job was to review loan applications from community groups, fairs, farmers’ markets, and various municipal organizations to make sure that they were complete.

We did not analyze the applicants for creditworthiness.  Instead, if the application was correct and complete, and satisfied the application process, it was approved.  The FHLBB, which was publicly trashed by the first President Bush as being largely responsible for the savings and loan crisis, was abolished and replaced by the Office of Thrift Supervision (OTS) under the Department of the Treasury in 1989.

The OTS eventually expanded its oversight to companies that were not banks, including Washington Mutual, American International Group (AIG),  and IndyMac,  all implicated in the current U.S. financial crisis.

Little did I know back in 1980 that I was witnessing, from the inside, a government lending process that would lead to the most significant financial crisis since the Great Depression. Looking back, the outcome was perfectly predictable: when politics replaces profits as the motivation of the lender, it should be no surprise that losses result.

Click here to leave a goodbye message
Join 4,267 other followers