On to the South of France!

Alex drove us across to Bristol airport mid-morning on the 18th April for our flight, courtesy of easyJet, from Bristol to Nice.

The days with Alex and Lisa had been so wonderful yet had gone by so very quickly. Thank goodness that Alex and Lisa had already made plans to come and see us again in Merlin sometime during August. It made the parting a little less painful.

Our flight was a good one and departed on time and quickly climbed into a beautiful Spring sky. 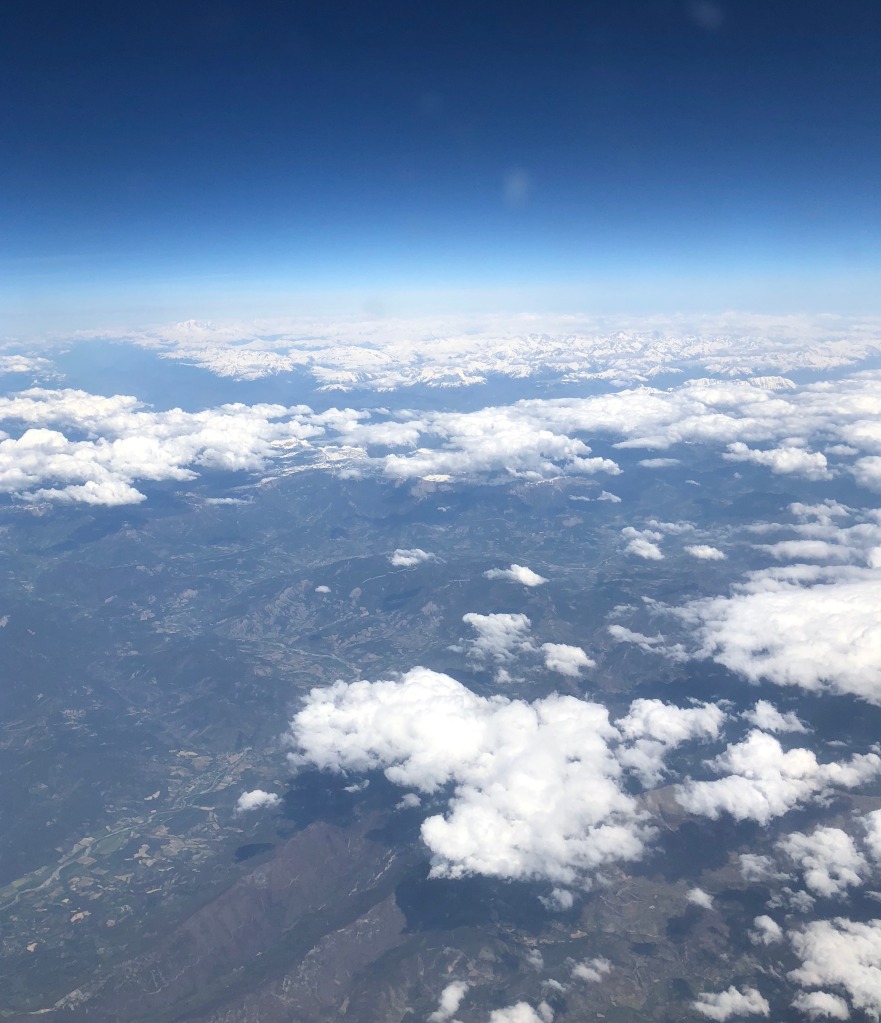 Looking down on the beautiful planet underneath us I tried very hard not to think of the 8,000 or so litres of aviation fuel that Alex estimated our Airbus would burn on this 90-minute flight. (Alex is a Commercial pilot flying for an airline out of Bristol.)

But no time to get too introspective about the wake we humans are leaving on the face of Planet Earth because before Jean and I had really got our heads around the fact that we would shortly be seeing Reggie and his wife, Chris, our aircraft was positioning itself over Nice in readiness for landing at Nice airport.

Reggie and Christine’s house was situated at La Croix des Luques, about an hour’s drive from Nice and up in the beautiful countryside that lay inland from the Cote d’Azur; that famous coastal region to the East of Toulon that boasted such places as Cannes, St. Tropez, Monaco and, of course, Nice itself. It was glorious countryside and in some ways familiar with the forested country back in Merlin, Oregon.

By 5pm French time we were at the house and Jean and Reggie were catching up in earnest!

I had a very strong sense that the next six days were going to be very relaxing and very entertaining.

Plus Reggie and Chris had two dogs; two wonderful dogs. But talk about the fickle finger of fate. For their two dogs were named Merlin and Hugo! And, I should hasten to add, named before we moved from Arizona to Oregon in 2012.

To put that into context for any new readers of this place, where Jean and I live in Southern Oregon is on Hugo Road, Merlin!

Tomorrow will be the last day of sharing the details with you all of our vacation.

It will cover the balance of the time that we spent with Reggie and Chris in the South of France, a most amazing ‘blast from the past’ for yours truly, our return to England and another stay, just for 36 hours this time with Maija, Marius and Morten, then on the 26th our return flight to Portland.