On June 4th this year Grist published an article written by Eve Andrews. It is not about dogs at all. Yet, it seems to me to ask a fundamental question about us humans. The article speaks of America but certainly it applies to my old country, the U.K., and it probably applies to most of the countries in the world.

I recently wrote to Annelise McGough, the Growth and Engagement Editor at Grist asking if I could republish the article. She kindly said yes!

So here it is!

Why is everything falling apart in 2020?

Did any aspect of climate change cause the pandemic to happen this year (versus last year or next year)? Could pandemics happen more often?

2020: what a year so far! As anyone who witnessed the crowds of face mask-clad people show up in the middle of a deadly pandemic to protest police violence this weekend can attest, a lot seems to be terrible all at once. You’re asking, in a sense, why now? It almost seems like it must be a rhetorical question. But it’s not — by understanding how we got into this mess, we might presumably be able to find our way out.

This doesn’t just apply to the pandemic.

Let’s start by taking your question at face (mask) value: There are multiple factors that have contributed to the rise of zoonotic illnesses — those of animal origin — over recent years, as my very sharp colleague Shannon Osaka delineated in an article and video earlier in the spring. Scientists believe COVID-19, like several other SARS viruses, likely originated in a bat. It turns out many strains of coronavirus can be traced back to bats! Who knew those little guys were such harbingers of destruction?

It’s not really on the bats, of course. Warmer temperatures (an established feature of climate change) and environmental degradation (often attributed to climate change, industrialization, or other products of human development) have driven a lot of animals to migrate out of their normal habitats and into human ones. Those factors have also contributed to different species coming into close contact with each other, which makes viruses normally contained to one species more likely to “spill over,” or jump to a new type of animal.

So clearly, the lead-up to the novel coronavirus’s outbreak was a gradual one. But perhaps 2019 was just warm enough to kill off enough of the insect population that some COVID-19-carrying bat depended on for food, and that drove it out to wreak some (unintentional) havoc on humanity. The bat’s habitat could have been destroyed by a new coal mine development. It could have woken up one morning and thought: This is my time to fuck shit up! Revenge on those humans that messed up my home! (OK, there was also probably a pangolin involved, but let’s keep things simple.)

According to the Centers for Disease Control and Prevention, COVID-19 is the fourth major pandemic caused by a novel virus to hit the United States since the 1918 “Spanish flu” that killed 50 million people worldwide. And there are so many factors and variables that lead to the sprout of a pandemic that you could very well argue that, “Yes, of course it happened at this exact point in time” or “No, it could have happened at any point in time.” It’s impossible to know for sure. But climate change and habitat destruction are certainly working together to create circumstances more favorable to the spread of disease, and that means pandemics will likely become more common as the world grows warmer.

The thing is, highly contagious, devastating illnesses have always been a part of human life, even though a real pandemic is a few-times-per-century event. It’s a fact of sharing the Earth with other living things; it just happens. But humans are ostensibly equipped with the means to contain the spread of diseases and help heal those who become sick. At this moment, thanks to advances in medicine and information-sharing and communication, that’s more true than ever before!

And yet. The United States, an astonishingly wealthy nation with ostensibly the most advanced — certainly the most expensive! — medical system in the world, has lost around 100,000 people to COVID-19, with many more surely to come. That doesn’t even take into account the far-reaching hardship caused by an economic collapse as drastic, by some metrics, as the Great Depression. The current unemployment rate, for example, exceeds 20 percent.

The reality is that what some have referred to as “the lost spring” (and what could very well be “the lost year”) is not the product of a single infectious disease, but the boiling over of many long-standing crises, including structural forms of injustice. Like everything else in American society, the damage done by the coronavirus is unevenly distributed across race. The death rate of black Americans from COVID is three times that of whites, and 40 percent of black-owned businesses have shuttered due to social distancing measures. As of April, rates of black and Latino unemployment were 16.7 and 18.9 percent, respectively, compared to 14.2 percent for whites. These hardships continue to feed into the cycle of racial inequality in this country.

The devastation to American society that we are witnessing in real time, one could argue, could only have happened at the present moment. That’s due to the nightmarish confluence of horrific leadership, centuries of racial oppression, unprecedented wealth inequality, the erosion of the social safety net, privatization of medicine, a far-too-consolidated supply chain, politicization of science, a highly globalized economy, and one misguided or mischievous bat. Oh, and the climate change and environmental degradation that could have led to said bat’s misbehavior.

COVID-19 could have popped up at any time, as viruses do. The degree to which it’s ravaged American society, however, has little to do with the virus itself. Other countries such as New Zealand and South Korea, faced the same disease and came out the other side with far fewer deaths and less severe economic devastation. This is, to a significant degree, about governance and leadership.

It’s also a preview of what climate change can do. A very contagious respiratory virus is an unfortunate fact; it’s not going away, and it is a challenge to be dealt with. Climate change, just the same, is coming whether or not we pay attention to it. Communities, cities, and states are going to have to put measures into place to ensure that it doesn’t literally kill us all. That’s what adaptation means, and that’s why people talk about things like seawalls and tree cover and managed retreat.

But creating a climate-resilient society requires a lot more than just building or planting stuff! This is where I would normally tell you to vote for leaders who support all that building and planting and, more importantly, cutting carbon emissions in the first place. Yes, do that. And additionally, vote for leaders who will feed our starving public systems to make it so they actually support the people who need them. Vote for those who understand and want to change what non-white people experience, what poor people experience, what immigrants experience. Without all of these things, there cannot be a climate-resilient civilization.

If anything were made clear by the unique, mind-boggling suffering that the United States has seen in the past week, brought about by the collision of a viral pandemic and police brutality, it’s that voting is a necessary condition but it is not enough. You, WORRIED, wrote to me to ask why the pandemic happened right now, possibly because it seems like such a uniquely terrible moment for the country to have to deal with it. We not only have the worst possible leader, but also a general absence of leadership altogether.

Going back just a few months, I believe there was an opportunity for an alternate version of this moment in American history in which one incredibly dangerous virus did not kill as many people nor ruin as many lives. But even in that universe, it’s important to acknowledge that pre-pandemic life wasn’t so great for most people. Undoing this path and “restoring order” is a ridiculous hope, since the order that has existed for so long has created a society that is wholly unsustainable judging from almost any social, environmental, or economic perspective.

So what can we do with this knowledge? One, you should be angry. Be angry that leaders missed opportunities to fortify the nation beyond its military, to break down racist systems and promote equality, and to instate laws and policies designed to help prevent crises that, by all accounts, were utterly predictable.

Then I think you should show your anger, whether that’s through protesting, hurling money or your time or whatever you have at worthy organizations that will put it in the right hands, or just screaming and yelling, if you have to. And while voting might not feel like enough when so much feels so wrong, it’s a necessary condition for change — force people in power to know that they created that mess and that they are accountable for it.

Climate change or global warming is with us NOW. It is time to make fundamental changes to the way we live NOW. While many individuals are doing their bit we need international agreement, especially international support for the United Nations, for all the nations in the world NOW.

Thank you for reading this! 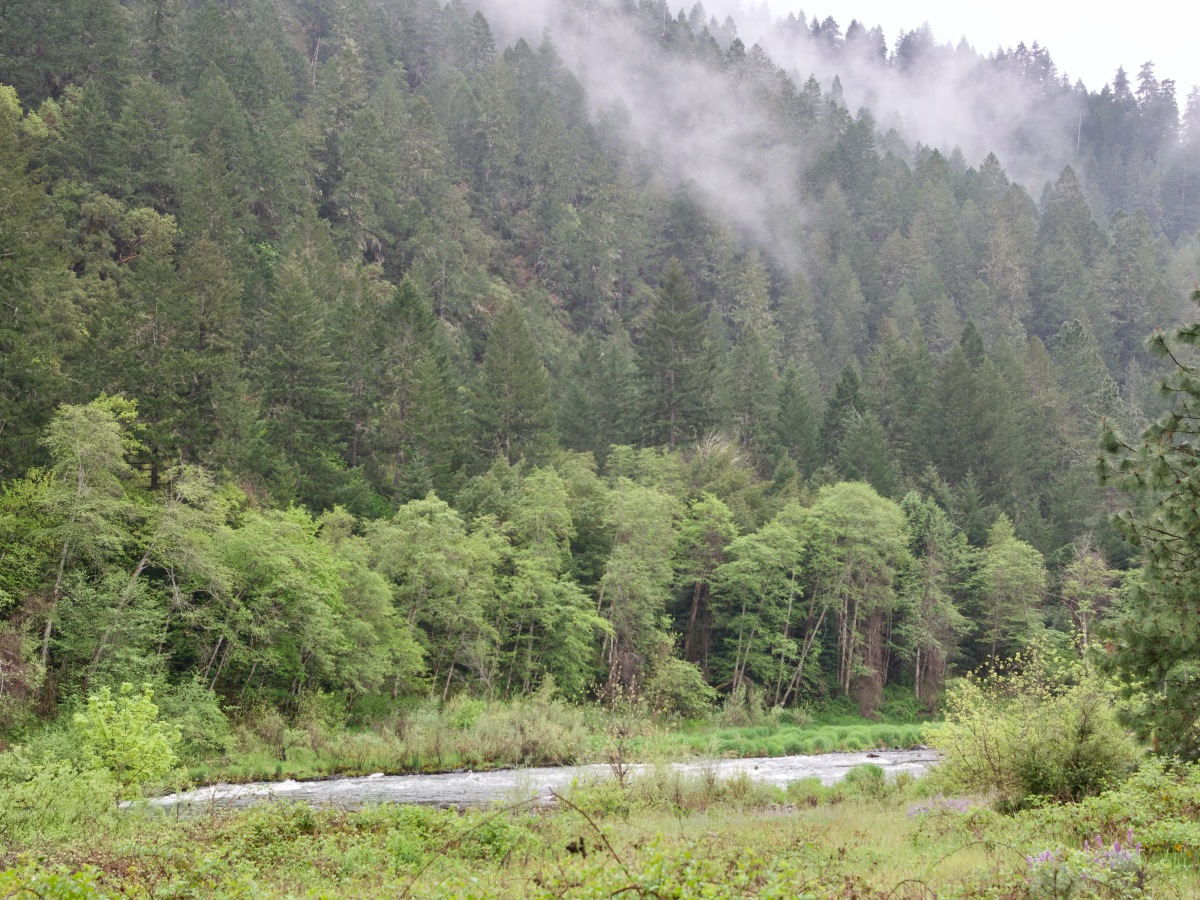 It breaks my heart.

Let me not stop with that. I want to hear from you. Are you worried? Or not quite as concerned as me and Umbra? Do you think it is in the hands of our leaders or is it an international problem?

Let’s have a bit of a discussion.