An outstanding center of excellence.

Let me start this review of Southern Oregon Vet Center (SOVC) with an extract from a recent blog post by Rob Mielcarski about Cognitive Biases and his presentation of the Cognitive Bias Codex :

I counted them. There are 195 distinct cognitive biases named and described in the list.

Have a look. Do you notice something very odd?

The most important and powerful of all human cognitive biases, and the one that created our unique species, is not on the list: denial of unpleasant realities.

Nor is its progenitor, denial of death.

Any half-wit who studies human history will notice that the first wacky thing our species did after evolving into behaviorally modern humans was make up stories (religions) to deny death.

The reason I started with Rob’s post is that at SOVC one comes face-to-face with the reality of the difference between dogs and humans. More of that later. 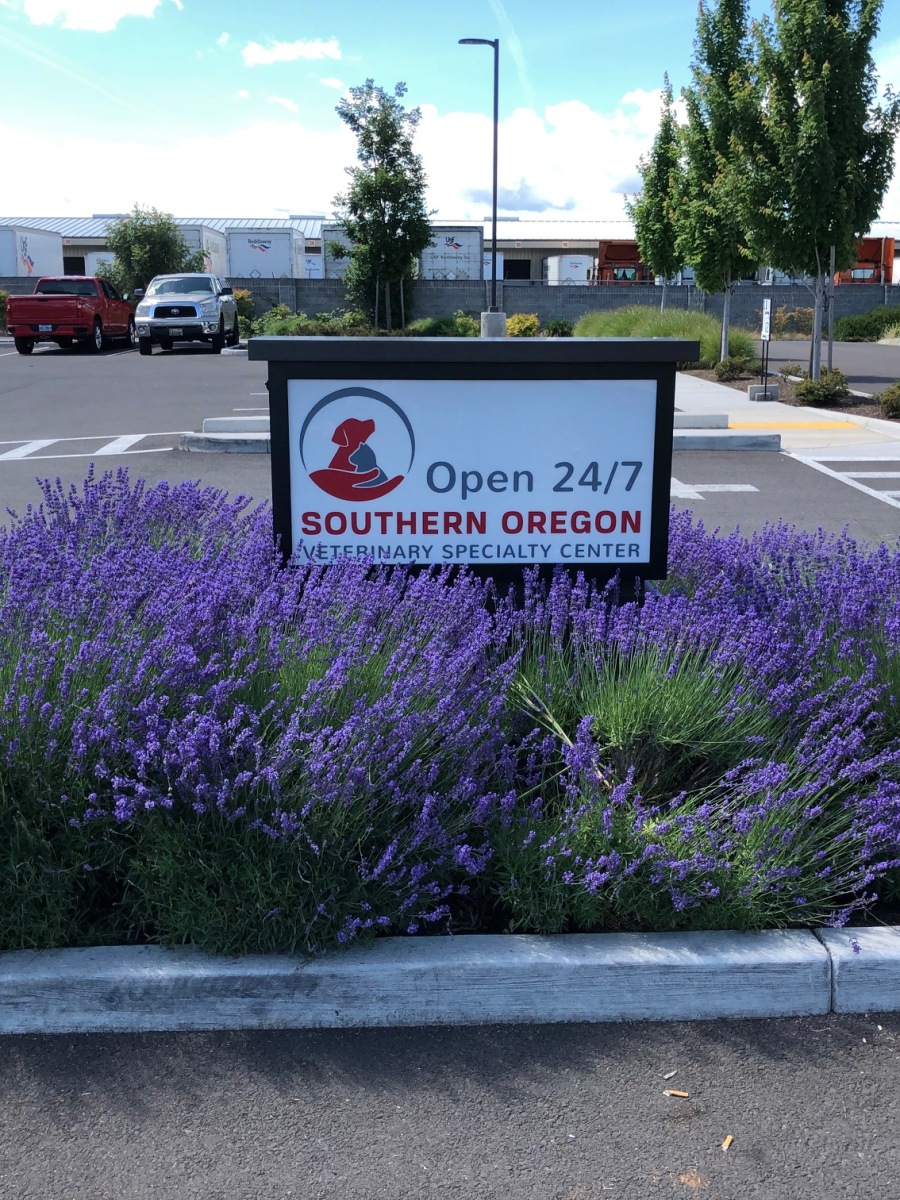 The facility at the time of formation was, and still is, the only 24-hour facility within a 250 miles radius in all directions. Now that straightforward statement needs thinking about for a moment.

Portland, Oregon is 268 miles to the North by road and Williams, California is a tiny town just off the Interstate I-5 some 254 miles to the South. It’s an enormous area and that’s without heading to the East!

I’m taking from the SOVC website more information on Dr.’s Reiss and Ferriara. Dr. Reiss was born and raised in the suburbs of New York City. He graduated from New York State College of Veterinary Medicine at Cornell in 1993. Following graduation, he completed a small-animal internship at Alameda East Veterinary Hospital and residency in emergency and critical care at Denver Veterinary Specialists. Dr. Reiss obtained board certification in emergency and critical care in October 2002. Dr. Reiss has been involved in the growth and development of two large 24-hour emergency and referral centers in Denver, Seattle, Medford and Portland. He has published a paper on traumatic cardiac injuries, as well as book chapters on subjects such as dystocia and pneumonia. Dr. Reiss has special interests in trauma, transfusion medicine, critical care nutrition and pulmonary diseases.

Dr. Reiss moved to Medford from Seattle with his wife, Dawn, their daughters, Alexys and Makayla, son Deryk and a multitude of pets. His interests outside of veterinary medicine include woodworking, snowboarding and classic cars. Dr. Reiss moved to Southern Oregon to provide veterinary services not previously available in the area, as well as to enjoy the wide variety of activities the region has to offer. Dr. Ferreira is originally from Arizona, but was raised in Houston, Texas. He received his DVM from the Texas A&M College of Veterinary Medicine in 1994. He worked in private practice in both Seattle and Houston for three years prior to completing a small-animal surgical residency at Denver Veterinary Specialists. During his residency, Dr. Ferreira completed and published orthopedic research focused on the effect of gas plasma sterilization on demineralized bone matrix grafts at Colorado State University. In February of 2002, he became board certified into the American College of Veterinary Surgeons. After three years as staff surgeon in a large veterinary referral practice in Denver, Dr. Ferreira moved to Medford to help establish the Southern Oregon Veterinary Specialty Center. Dr. Ferreira’s special interests include general orthopedics, trauma and fracture management, TPLO stabilization for cranial cruciate ligament injury, spinal surgery for disc herniation and surgical management of abdominal disorders.

Dr. Ferreira lives in the Medford area with his wife, daughters and their Chihuahua. In his spare time, he enjoys family life, golf, reading, hiking, snowboarding, music and fly fishing.

My appointment was with Renee Self who has been with the center, as in the hospital, for four years. She started in reception having come to SOVC from running her own finger nail business. At first Renee worked for 25 hours a week but since then she has advanced to her present position responsible for a whole myriad of things.

As well as the main contact person, Renee is also responsible for the relationships with their referring veterinarians; and they have 5,000 on their database, mainly from the U.S West coast but also other parts of the U.S. continent.

I didn’t understand at first that this entails annual blood work for lots of animals, running continuing education classes on a co-sponsored basis (under normal circumstances for 55 – 80 people), fund raising, and being a partner to the Grants Pass Homeless Pet Project and No Pet Left Behind.

Another fact that bowled me over was hearing about the number of vets supported by SOVC. Now not all them are active at any one time, of course, but nevertheless a large number on their database nonetheless.

In Renee’s words, Dr. Reiss is a brilliant man in many areas including planning, veterinary medicine, critical care and he also engages in some surgeries. He has always had a passion for veterinary medicine and has previously started six hospitals.

The present building at 4901 Biddle Rd was purpose built as a veterinary centre and everyone moved here in 2017. Before that they were in 4,000 square feet of building that was relatively close by.

In view of tomorrow being a Federal holiday the next part of this article will be published on Monday, 6th July.