Here is Part Three, the concluding part.  If you missed Part One then it is here and Part Two is here.

Where is DCX today?

The Daimler-Chrysler merger was troubled from the beginning.

Investors sued over whether the transaction was a ‘merger of equals’ or a Daimler-Benz takeover of Chrysler. A class action lawsuit was settled in August 2003 for $300 million. A lawsuit by activist investor Kirk Kerkorian was dismissed

in April 2005, but claimed the job of the merger’s architect, Chairman Jürgen E. Schrempp, who resigned in response to the fall of the merged company’s share price. The merger was also the subject of a book Taken for a Ride: How Daimler-Benz Drove Off With Chrysler, (2000) by Bill Vlasic and Bradley A. Stertz.

It is questionable whether the merger ever delivered promised synergies or ever successfully integrated the two businesses. As late as 2002, Daimler-Chrysler appeared to run as two still-independent companies.  In 2006, Chrysler reported losses of $1.5 billion.  In 2007, it announced plans to lay off 13,000 employees, close a major assembly plant, and reduce production at other plants in order to try to restore profitability.

It was all for naught.  In May of 2007 Daimler-Chrysler announced that it would sell 80.1% of Chrysler to Cerberus Capital Management of New York, a private equity firm specializing in troubled companies. Daimler continued to hold a 19.9% stake. Daimler paid Cerberus $650 million to take Chrysler and associated liabilities off its hands, an amazing development given the $36 billion Daimler paid to acquire Chrysler in 1998. Of the $7.4 billion purchase price, Cerberus Capital Management invested $5 billion in Chrysler Holdings and $1.05 billion in Chrysler’s financial unit. The de-merged Daimler AG received $1.35 billion directly from Cerberus but invested $2 billion in Chrysler LLC itself.

On April 27, 2009, Daimler AG agreed to give up its remaining 19.9% stake in Chrysler LLC to Cerberus and pay as much as $600 million into the auto-maker’s pension fund.  On April 30, 2009, Chrysler LLC filed for Chapter 11 bankruptcy protection and announced a plan for a partnership with Italian automaker Fiat. On June 1, Chrysler LLC stated they were selling some assets and operations to the newly formed company Chrysler Group LLC, with Fiat retaining a 20% stake in the new company.

On June 10, 2009, the sale of most of Chrysler assets to “New Chrysler”, formally known as Chrysler Group LLC, was completed. The federal government financed the deal with $6.6 billion in financing, paid to the “Old Chrysler.” The transfer does not include eight manufacturing locations, nor many parcels of real estate, nor equipment leases. Contracts with the 789 U.S. auto dealerships who are being dropped were not transferred.

Here is Part Two.  If you missed Part One then it is here.

What does the Daimler-Chrysler merger demonstrate in broader terms?

The 1998 Daimler-Chrysler  “merger of equals” was widely expected to realize both operating efficiencies and better access to international capital markets. Instead, when DCX incorporated it adopted German corporate governance standards.  U.S. institutional ownership in Chrysler was largely replaced by European banks that not only directly monitor the working capital financing of DCX but also may sit on its Management and Supervisory Boards.

Such superior access and corporate control created distinct advantages for large German institutional owners relative to minority owners; foreign shareholders in the U.S. found themselves among this minority group.  These advantages included the ability to: expropriate the private benefits of control from minority shareholders; share these benefits with management, effectively creating a collusion, and; profit from trading DCX shares with superior information.  As a result, minority owners priced their shares less aggressively – i.e., the bid-ask spread widened — to minimize their losses from transacting with controlling shareholders.  As their spread increased, U.S. minority shareholders’ trading costs rose and U.S. trading volume fell as it migrated to Germany, the relatively cheaper trading venue. 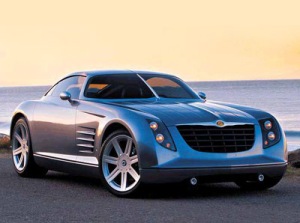 The merger between Chrysler and Daimler and consequent changes in corporate governance create an ideal clinical study for isolating our hypothesis about the failure of the enhanced disclosure requirements to effectively compensate for lax corporate governance standards in protecting minority shareholders.

To test this hypothesis, we explored changes in the bid-ask spread that are associated with the change in corporate governance and the control over the flow of information about the Chrysler assets.  We look “inside” the trading mechanism that creates the observed transacted stock price, namely the bid-ask spread, to generate evidence on shifts in the quality and quantity of information available to minority versus controlling shareholders.  The bid-ask spread should grow as minority shareholders learn that traders on the other side of the spread possess superior information about the company, information which is linked to their majority control of the firm and its senior management compensation, asset disposition, and financing and risk-taking strategies.

We find that the decision to merge and become a German stock corporation significantly weakened the protection of minority shareholders, particularly prior owners of Chrysler assets, and led to their expropriation by controlling shareholders and principal creditors of the consolidated firm.  How? We find that the answer lies in the lack of protection afforded minority shareholders by the corporate governance structure of the newly combined DCX entity.

Here is Part One

What does the Daimler-Chrysler merger demonstrate in broader terms?

In a paper co-authored with Rick Harris, Tom McInish and Bob Wood, we explored the Daimler-Chrysler merger of 1998 to examine the interplay between disclosure rules in the U.S. and corporate governance standards in Germany.  Here is an overview of what we found.

Large shareholders typically control European and Asian industrial giants, leaving minority shareholders less than well protected.  In several studies of the legal protection afforded minority shareholders across 27 countries, German shareholder protection ranked among the very worst. In the early 1990s, Daimler-Benz, one of the largest firms in Germany, was no exception.  In 1993, with Deutsche Bank owning 24% of the equity, Mercedes AG Holding 25%, and the Emirate of Kuwait 14%, its controlling shareholders decided to cross-list Daimler-Benz on the New York Stock Exchange (NYSE).

All foreign firms that cross-list [list their shares for sale in more than one country] in the U.S. subject themselves to stricter disclosure standards.    In addition to listing on a major U.S. stock exchange, Daimler was required to file financial statements with the SEC and report any material non-financial information as well.   Cross-listed firms are also followed more closely by U.S. stock analysts and the business press.  These legal disclosure requirements and additional scrutiny by the investing community improved both the quantity and quality of information available to all shareholders about Daimler.

By early 1998, the cross-listed Daimler shares were widely held and actively traded worldwide, including significant volume originating in the United States. In September of 1998, Daimler and Chrysler shareholders, majority and minority owners alike, overwhelmingly approved a merger creating DaimlerChrysler AG (DCX) through an exchange of the cross-listed share for the first “global registered share” (GRS).  The so-called “merger of equals” was widely expected to realize both operating efficiencies and, via the informational transparency of the GRS, improved access to international capital markets.

Click here to leave a goodbye message
Join 4,288 other subscribers.